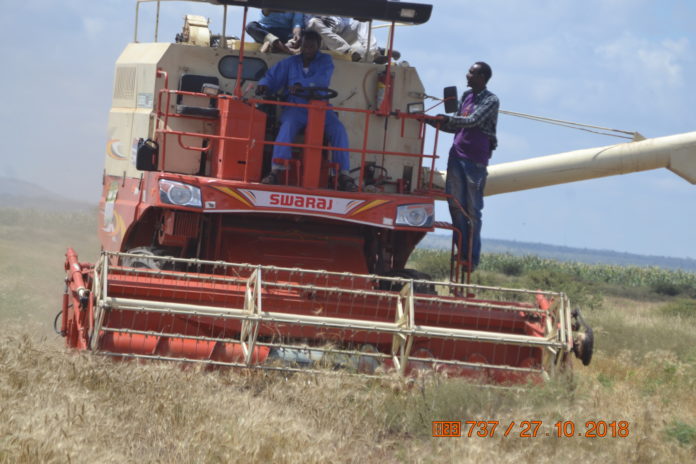 Agriculture Ministry yesterday witnessed the harvesting of first batch of wheat which was planted at Togwajale gov’t run project. This initiative by the Ministry of Agriculture is geared at spurring the local production and attain food security in Somaliland. It is also with the aim of reducing the country’s count on the importation of key commodities from overseas. The harvesting was attended by a high level delegation led by the agriculture minister, Hon. Ahmed Mumin Seed and other government ministers. The ministry of agriculture employed modernized tractor harvest the wheat crops which has been planted in Togwajale three months ago. The minister reiterated that the pilot farming Togwajale initiative was total success. Hon. Seed has further stressed the mission is to achieve food security in Somaliland. This is the first national project undertaken by the ministry of agriculture since 27 years ago which dates back to Somaliland’s declaration of independence.