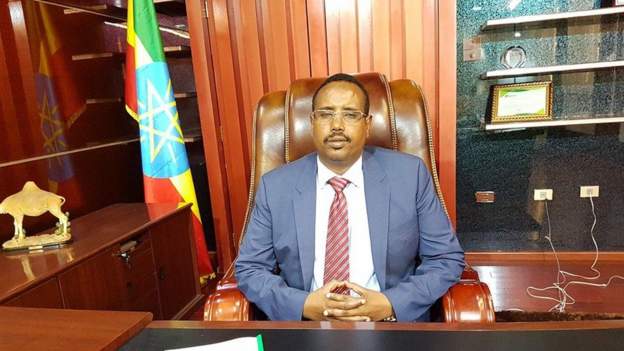 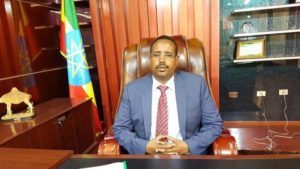 JIGJIGA– The President of Somali Regional State in Ethiopia, Hon. Abdi Mohamud Omar “Abdi Ilay” is under Ethiopian military siege in the presidential compound. For the last two hours the military besieged him while at the presidential palace. The military is said to capture the president in the hours to come as far as the situation in Jigjiga is concerned. It is said that this would be done to prevent further blood shed to transpire in the region. Widespread unrest engulfed Jigjiga after a row broke out between regional president and Ethiopian Prime minister over percent allocation in regard to the oil and gas discovered in Ogaden region. Mr. Abdi Iley faces the accusations that he was trying to secede from Ethiopia.

Clashed between Military and demonstrators have claimed that at least hundred were injured. Looting banks and other commercial stalls were widespread in the city. The city experienced lack of electricity and water during the violent hours. A delegation from the Federal government of Ethiopia arrived in Jigjiga. It is not yet clear what the delegation from the federal government and regional authority will discuss.

The deputy minister for internal security of Somaliland, Hon. Mohamed Muse Derie has said that it tightened security in the border with Ethiopia to prevent the violence to spread into their territory as the lack of stability engulfed Jigjiga, the capital of Somali regional state in Ethiopia.

The minister said that Somaliland and Ethiopia have a cooperation on security and trade and is watching the situation in Jigjiga. He called on Somaliland citizen to keep the well being of citizens from Ethiopia living in Somaliland. Traffic is on in the border town of Wajale which links Somaliland to Ethiopia.