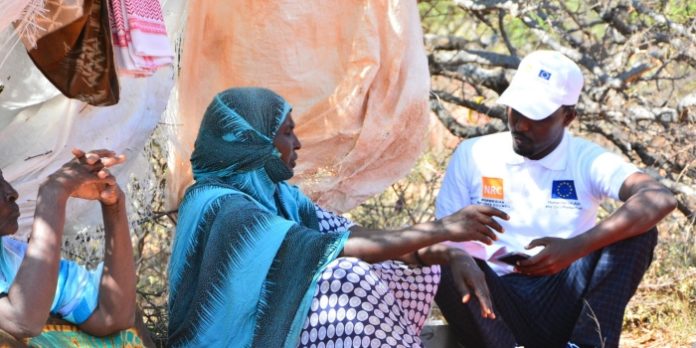 Severe lack of rain has worsened the drought in parts of Somaliland leaving 725,000 people at risk of hunger and in urgent need of humanitarian support.

“The time to act is now, or the costs will increase, both in economic terms and in terms of the number of lives lost,” said Victor Moses, Country Director for the Norwegian Refugee Council (NRC) in Somalia.

According to a recent report compiled by ACAPs, the 2018 rainy season was worse than normal with parts of Somaliland receiving only 25-50 per cent of average rainfall.

“Thousands of people particularly women and children, who are already food insecure, are now fearing the worst as little to no rain is expected over the next couple of months,” said Moses.

The Norwegian Refugee Council (NRC) has been operational in Somaliland since 2004 and is currently providing diversified livelihoods and resilience-focused support to affected families.

The Somali government and humanitarian agencies launched the 2019 Humanitarian Response Plan (HRP) last month and called on donors to provide $1.08bn of funding to sustain aid operations in Somalia in 2019.

Moses reiterated his appeal to the international community to do more to prevent suffering and to protect the gains the people of Somaliland were able to make during early 2018.

“Somalia has been faced with recurrent droughts, often leading to immense suffering and displacement. We have learned how important it is to secure an early intervention to prevent a crisis from escalating. In addition, there is a need to strengthen people’s resilience,” said Moses.

Ongoing conflicts in Sool region, are also exacerbating the food crisis. NRC is planning to support families in the troubled area of Sool and Sannag with emergency cash transfers to buy essential food, water and shelter items.

“More displaced people mean more dependency on humanitarian aid, which puts additional pressure on agencies with limited resources to reach everyone in need. This is compounded by the fact people can´t reach services because of restrictions to access. We urged all parties to the conflict to allow people safe access to services they desperately need,” Moses added.