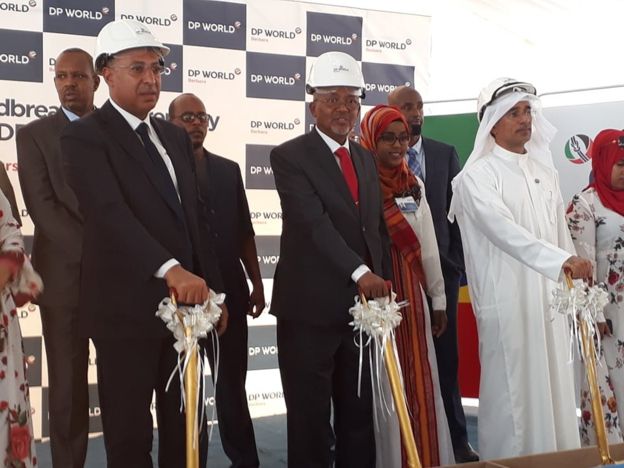 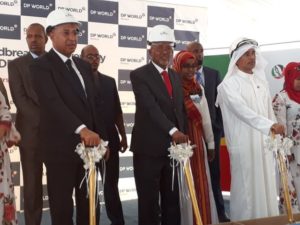 The vice president of Somaliland H.E Abdirahman Abdillahi Ismael (Sayli’i) yesterday laid the foundation stone to start the expansion of Berbera International Port which is under the management of multinational cooperation DP World. During the function of laying the foundation stone a top DP World executive occasioned the event. The ceremony which was held at the port compound was attended by the vice chairman of DP World Mr.Adnan Al-Abar.

The government of Somaliland had signed an agreement to extend the port by 400 meters and the project is expected to run for two years to completion.

The second phase of the project seeks to expand the port by another 400 meters which will take its length to 800 meters.

The vice president revealed that the highway linking Berbera  to the border town between Ethiopia and Somaliland of Wajale will commence later this year and will cover 240 km stretch of the road.

“This road when completed is expected to increase the trade volume between Somaliland and Ethiopia. The road will take five years to complete.” The VP said.