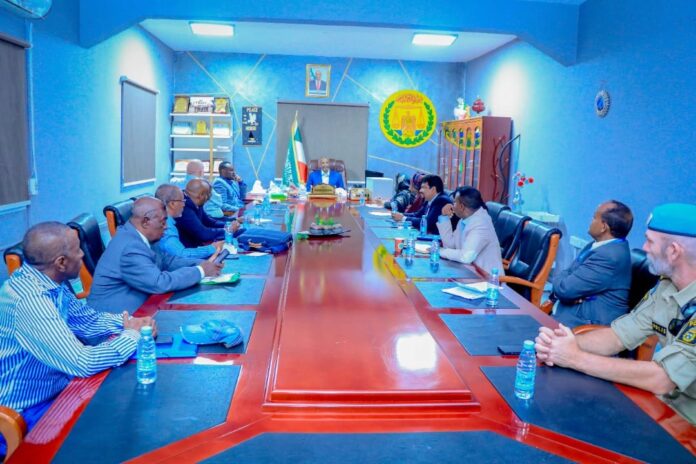 The meeting dwelt on the first phase of the conclusion of the rule of law projects and the preparation for the start of the second part of the project to commence in the new year, as the officials from the UN International Organizations promised to be ready.

This project, which has ended well in its first phase, focused on how to start the second part of the project as soon as possible, discussing on how to strengthen the rule of law, security and increase the strength of the Police Force and their capacities.

The officials from the UN agencies were led by the head of the Rule of Law project, Mrs. Doel Mukherjee and other leaders including the head of the Hargeisa office of UNDP Abdisalan Yusuf.