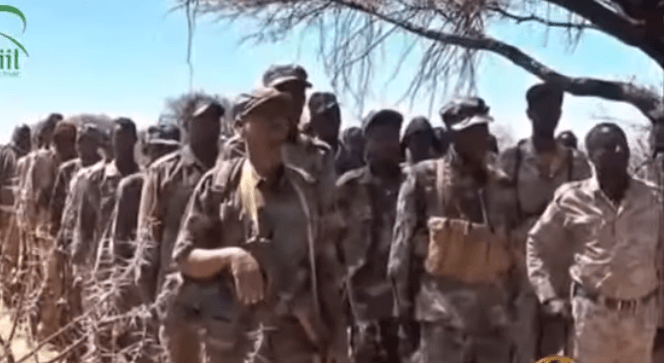 At least 120 soldiers have defected from the already defunct SSC rebel group and joined Somaliland army on Monday.

Speaking to the media in Egaag, the commnader of the 7th division of SL military stationed in Sool province, Mahdi Bashe has received the defectors at Egaag settlement.

He said that the soldiers have withdrawn their confidence from SSC and joined Somaliland. He added that was their decision.

The commnader, Bashe has thanked the elders who played a crucial role in convincing the soldiers to have faith in Somaliland army.

Mr. Mahdi has announced that the previous militia soldiers stationed in the settlement will be integrated into the national army from now along with the newly defected soldiers from the defunct rebel group SSC.

He has declared that from now that they are part and parcel of Somaliland national army.

Finally, the elders from Egaag settlement have congratulated on the defected soldiers for making the right decision and join Somaliland army.