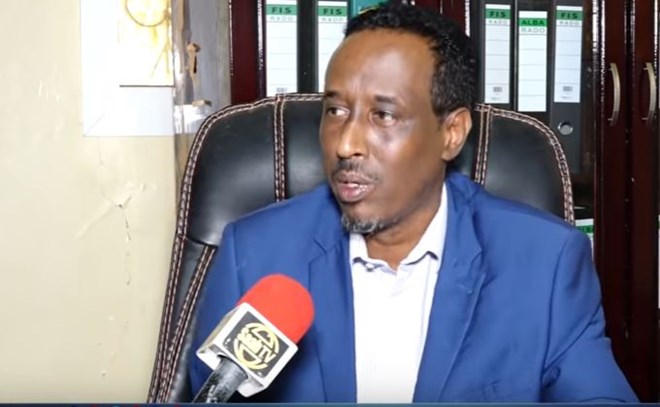 Somaliland Prosecutor General Abdisamad Omar Maal has said that incumbent president Musa Bihi has the overall authority to request amendment and review from Somaliland parliament on law 14 pertaining to “the regulation of the political associations and parties law.”

The Prosecutor general has put the record straight by saying that President Bihi is authorized to demand the amendment of law 14.

Mr. Maal has explained of how to amend law 14-the opening of new political organizations in Somaliland.

In the first place. he said that the parliament of Somaliland reserves the right to make the amendment to the regulation of the political associations and parties law.

Secondly, he added that Somaliland president has the right to demand from the parliament to make the amendment and review the law.

Thirdly, he said that the public of up to 5000 can made the request so that there should be changes to the law 14.

The prosecutor general has also spoken of the demand from the opposition parties calling for snub presidential polls.

In reply to this, he said that the president’s term is constitutional but the law on political parties and licenses is a parliamentary one whereby it is reviewed and amended for every ten years.

He stated that the president’s term in office can only be changed by public referendum.

He announced that the mandate of expiration for the current political parties is 2022.

He said that there is a must that the holding local council polls and the registration of new political associations made necessary to abolish the current political parties ahead of its scheduled mandate.

The political opposition parties have expressed their concern over president’s intention to review the regulation of political associations and parties law.

If President Bihi accomplishes his mission of opening new political parties, then three parties that would have the popular votes in major regions in Somaliland will qualify as political parties status.