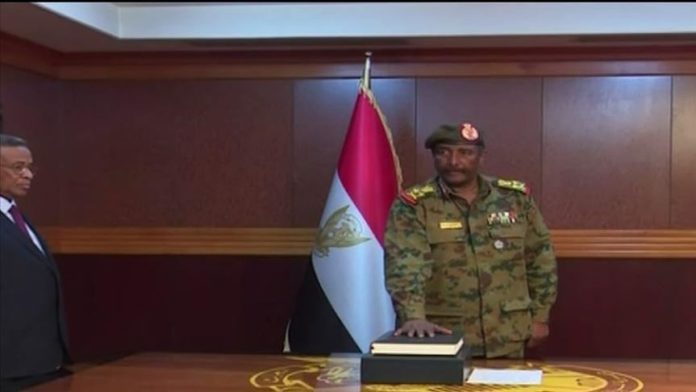 KHARTOUM–The new head of Sudan’s transitional military council is said not to be affiliated with any political body or organization, according to sources with close links to him.

Lieutenant General Abdel Fattah Burhan, 60, served in Sudan’s border guard and was later appointed to China as a military attaché.

Having worked as a trainer at a military college in eastern Sudan, he served as a commander in wars in the country’s south before South Sudan gained independence from Sudan in 2011.

Former President Omar al-Bashir, facing mounting protests in the country, made new appointments to the military. In this context, on Feb. 26, Burhan was appointed as a general in the Land Forces Command and later as inspector general of the Land Forces.

Notably, Burhan is among the three people who announced Bashir’s removal.

Burhan reportedly visited the United Arab Emirates frequently while he was a coordinator for Sudan’s military forces in Yemen.

Sources with close ties to Burhan claim that he is not linked to a political or religious organization in Sudan. They also stress that he is the only one among Sudan’s senior military figures without a case at the International Criminal Court.

Defense Minister Awad Ibn Auf, speaking as head of the transitional military council on April 11, said the army had gained control of the nation’s administration and a two-year long transition period had begun.

However, Ibn Auf resigned from his post within a matter of hours and announced Burhan as his successor, who then assumed the position and was sworn in.