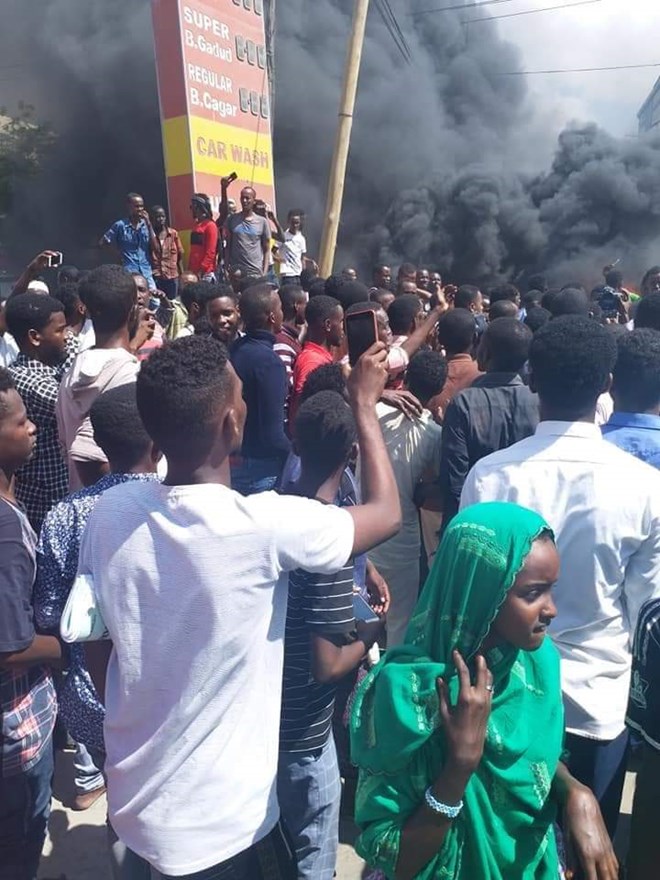 Mogadishu–Angry rickshaw drivers in Mogadishu have staged violent protests following the government soldier who killed bajaj driver at Howlwadaag junction on Saturday. Rowdy residents have burned tires and blocked major streets in the village showing their wrath against the slain colleague. Some of the protesters who spoke to media said that they cannot tolerate the slaying of innocent bajaj drivers who are shot to death by government soldiers. Rickshaw drivers have also held a demo ex-Afgoye check point expressing their gripes against unlawful money that they pay to police while they also compliant ed over poor roads. The bajaj drivers killing is on the rise in Mogadishu where government soldiers kill innocent rickshaw and escape from the scene.