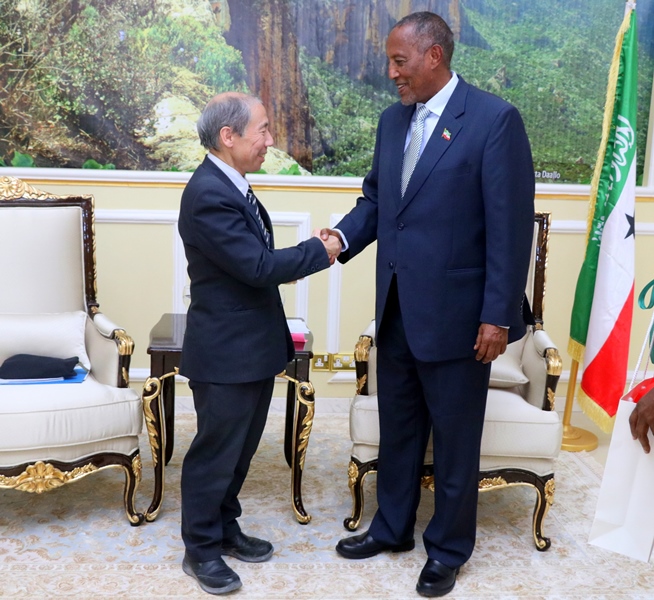 President Muse Bihi and the US delegation discussed areas of mutual interest, including the security and democracy in the region, and the continued co-operation between Somaliland and the United States of America in terms of development, trade and good governance.

The delegation which also included the head of the Trade and Economy Office, Ms. Shella A. Billas and USAID regional director are in Somaliland as part of a new initiative from Washington DC to engage all the regional countries in the Horn of Africa.

This is the first official United States delegation visit to Somaliland, since Under-Secretary for Africa, Jendayi Frazer during the Rayaale administration.