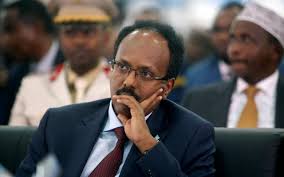 It was a fateful week in Somali politics, one that could shape the presidency of Mohamed Abdullahi Farmajo.

Last weekend, the leaders of Somalia’s Federal Member States (FMS) suspended ties with the Federal Government of Somalia (FGS) in what is seen by many as a significant blow to the already weak relationship between the two. The Upper House boycotted the joint opening session of parliament, which was presided over by President Farmajo.

There are also talks of a pending vote of no-confidence against the president and prime minister. The motive of this motion, which is yet to be received by parliament, is not yet known, but pundits say it is part of an effort by the president of the Federal Member States to turn the heat on Villa Somalia.

The latest row between the leadership of the Federal Member States and the Federal Government of Somalia is a classic example of a power tussle between two layers of government that should be working seamlessly.

In Somalia, citizens hardly have access to basic services and the promise of the promulgation of the provisional constitution in 2012 seems to have evaporated.

In a strongly worded communique issued after weeklong deliberation in Kismayu, the interim headquarters of Jubbaland State, the president of the Federal Member States accused Villa Somalia of interfering with the internal affairs of the regional states, and of failing to honour past agreements it had signed with them.

In a quick rejoinder, Villa Somalia called for an urgent meeting of the National Security Council in Mogadishu to discuss the security situation. But President Farmajo failed to even mention the standoff with the regional states during his speech at the opening of parliament. His call for a National Security Council meeting is therefore seen by many as an attempt to assert his authority.

The stalemate comes at a critical time; Somalia is a country recovering from decades-old conflict and this standoff will not allow the wounds of yesteryear to heal. There can only be one winner in this case: It is the terrorists who relish the internal wrangles between the parties who should have instead taken the fight to them.

Also at stake are the preparations for the one-man one-vote election planned for the year 2020, which now looks more and more impossible with each passing day.

The bone of contention is that, since he took office, President Farmajo and his government have paid little attention to the grievances of the Federal Member States, created their own cronies in most of the states to make life difficult for their leaders. With elections coming up, the leaders of the states are already facing stiff competition from candidates said to be sponsored by Villa Somalia.

The Upper House, which represents the interests of the Federal Member States this week, has also waded into the debate in the issue and seems to undermining Villa Somalia.

If not expeditiously resolved, these wrangles will spiral out of control and jeopardise efforts to have Somalia reclaim its place amongst the community of nations.

It is important that both sides work together for the benefit of the Somali people. A war of words over the airwaves will only make a bad situation worse.

Abdilatif Maalim is a strategic communication specialist based in Mogadishu. E-mail: abdilatif.maalim@gmail.com