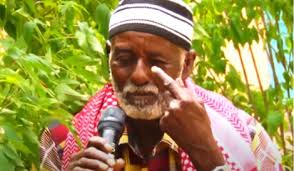 A 13 year-old girl suffered an abuse at Hargeisa orphanage center has sent shock-waves across Somaliland.

The horrific tale narrated by her father, according to him. The teenage girl was repeatedly raped in the facility by members of the staff.

She became pregnant and the management tried to cover up as they attempted to arrange an abortion and to marry one of two rapists.

The girls mother is mentally unstable while her father is blind.

Not being able to foster her, the father turned her to the orphanage as quoted from him.

The opposition Wadani party has condemned the incident calling it an assault on the conscious of the people of Somaliland.

The former chair of Wadani party Youth wing, Mohamed Sidik Dhame, called for an investigation into the incident and the orphanage center.

He said the abuse suffered by this girl was an isolated incident and held the management responsible.

Dhame said: “The whole responsibility lies on the management of the orphanage center. They were supposed to her care taker parents. They should have reported the rape in the first place to the law enforcement agencies and the judiciary. This is shameful. Ensuring justice for all is a test for us in Somaliland.”