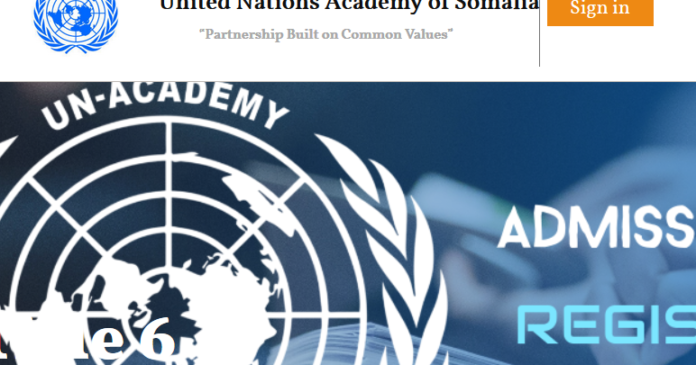 The UN has dissociated itself with a learning institution in Somalia purporting to be affiliated with the global body.

UN Mission in Somalia (UNSOM) spokesman Ari Gaitanis has told Goobjoog News the institution which is currently calling for admissions is in no way related to the UN.

“The UN has no connection to the United Nations Academy of Somalia (UNAoS),” said Gaitanis.

The UN official said there was already a probe to establish how the institution could brand itself as a UN affiliate.

“Here, at UNSOM, we were recently made aware of its existence and we are following up with it regarding their use of the UN logo and name as there is a strict process for the use of such things for official purposes – in essence, it requires a written authorization from the UN to use.”

Local media established the university is owned by former Prime Minister Ali Mohamed Gedi who served between 2004 and 2007. Gedi is currently a senior advisor to President Mohamed Farmaajo and Somali Patriotic Party leader.

It was not clear why the Ministry did not seek clarification from the UN office in Somalia on the veracity of the alleged documents which according to the UN’s position now appear to be a forgery.

A statement from one Prof. Sharif Amin who is identified as the Vice-Chancellor describes the UNAoS as ‘higher educational institution that offers scholarships of Masters and PhD.’

Since its appearance online in recent weeks, questions have abounded as to whether UNAOS is associated with the UN.

The institution’s website indicates it offers 22 masters and PhD programs in a wide range of areas including political science, international relations, civil engineering, midwifery among others.

Potential candidates are required to $50 application fees. The institution claims to be located in KM4 area, Hodan district in Mogadishu. 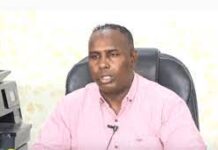