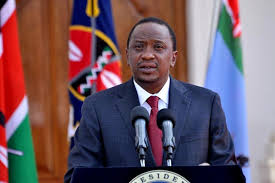 President Uhuru Kenyatta and opposition leader Raila Odinga are facing a tough balancing act as the looming Cabinet reshuffle dictates their political decisions. The leaders challenge will be how to navigate the possible political backlash that a Cabinet reshuffle, possibly done in the spirit of their handshake will have, without threatening the position of Deputy President William Ruto, who has his eyes trained on the presidency in 2022.

Kenyatta and Raila held secret night talks last week, an indication that they could have agreed on the list and names were being vetted privately by relevant agencies according to an insider.  Vetted privately The two who are expected to tour Nyanza after the reshuffle have reportedly agreed that in the arrangement the NASA leader will get four Cabinet slots, leaving the President and his deputy with 17 ministries to play around with in delivering the Jubilee Agenda. Kenyatta and Raila are keen on exiting the political stage on a high, leaving behind a government of national unity, a fact that may present some awkward moments in Ruto’s march towards 2022. Rift Valley MPs have in the past criticised the truce claiming that Raila was out to scuttle Ruto’s presidential bid by causing confusion in government. Kipkelion West MP Hillary Kosgei while addressing his constituents said that the NASA leader would disrupt Jubilee like he did to Kanu in 2002. Ruto’s allies will be watching to see how Kenyatta and Raila will navigate the realignment.

For Jubilee to win elections, there were people who campaigned all over the country. We do not expect that this will be forgotten. Our ruling party does not need any assistance from anyone to run the government,” said Nandi Senator Kiprotich Cherargei in an apparent reference to the entry of Raila into the fold. The opposition leader will not only face the challenge of appeasing his supporters in Nyanza, Western, Eastern and Coast but testing their loyalty if he were to run for president again. Targeted for replacement are Cabinet Secretaries whose dockets have been adversely mentioned in corruption scandals and those who do not have political clout that could hurt the Jubilee government. A number of CSs have been censured over inefficiency and corruption scandals linked to their dockets. “More surprises await us in coming days. The President is planning a major re-organisation that will not spare his office. He is committed to deliver to Kenyans his campaign pledges and this includes shading off his close allies who do not toe the line,” disclosed a Jubilee insider, privy to the happenings in government. He emphasized, “The president is ready to work with those committed to serve Kenyans.” In the looming reshuffle that could come as early as next week, the President will have to settle on a team that will deliver his legacy projects and at the same time, cater to the needs of his ambitious deputy knowing too well that a strained relationship would result in a failed last term.

Ruto is a witty politician whose energy and political wit will be crucial if Uhuru were to deliver his promises to Kenyans. He is a person who must be kept close,” political analyst Dismas Mokua said. According to sources close to Raila, he is keen to give first consideration to NASA co-principals in the Cabinet appointments. “There are some negotiations going on. There is something in the offing for Kalonzo, that i can assure you,” confirmed a senator close to Wiper party leader without diverging details. A week ago the Wiper party top bras held a meeting at the headquarters in Nairobi chaired by Kalonzo and endorsed the handshake, promising to work with President Kenyatta to achieve his Big Four Agenda. The party’s lawmakers were instructed to support government project in the House. In Western, Musalia continues to keep a low profile, but his advisors say he too is keen on the shifting political sands. “I can confirm that Mudavadi and Raila have been meeting and talking. He wants to be included in the handshake,” said ANC Nominated MP Godfrey Osotsi. Both Kenyatta, Ruto and Raila are tight lipped over the matter, letting their lieutenants do their bidding.