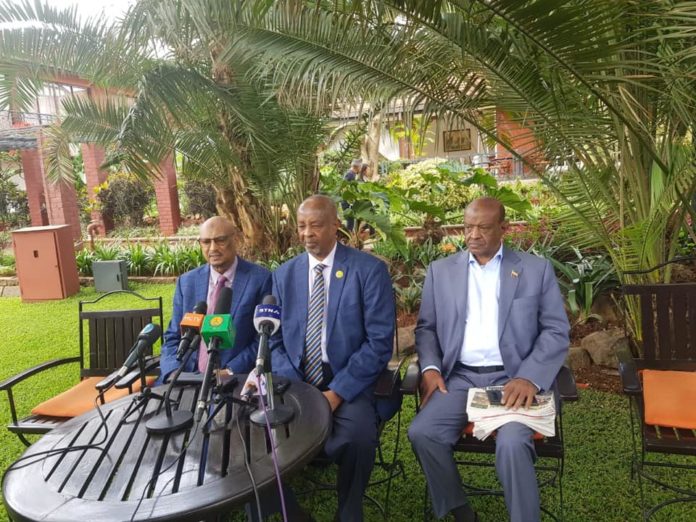 Mr. Faisal is among a high powered delegation currently on working visit to Kenya, accompanied by the minister of interior and Kulmiye deputy chair, Hon. Mohamed Kahin Ahmed and Kulmiye party brass.

He made the announcement in a press conference and this comes at a time when Somaliland high level delegation met with the Wadajir party leader in Somalia, Hon. Abdirahman Abdishakur in Nairobi.

Mr. Faisal has stated that they will have discussions with everyone that acknowledges Somaliland cause.

Somalia leaders have made their stance clear by being against Somaliland’s statehood.