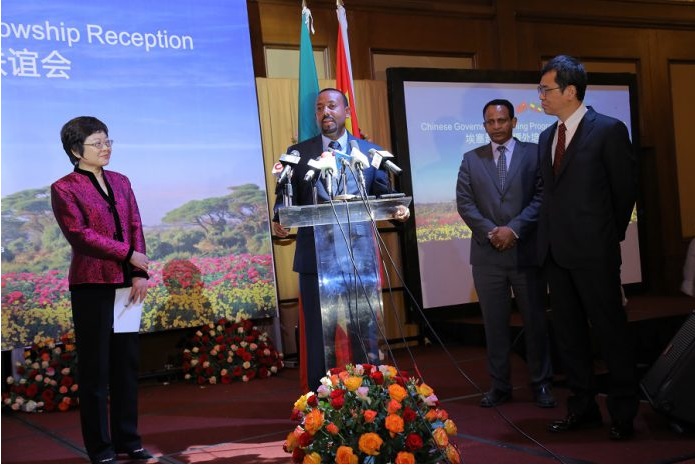 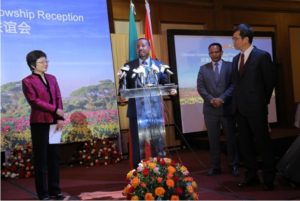 Addis Ababa August 25, 2018 Prime Minister Aby Ahimed said that “the sky is the limit” in the relationship between Ethiopia and China.

The Premier, who attended at the training program fellowship reception in Addis Ababa last evening, said nothing is impossible in the ties between the two countries.

“Nothing is impossible especially for Ethiopia and China; the sky is the limit. We can go far to develop next generation to take one’s ability to work for their country”, Abiy said.

Lauding the support of the Chinese government to Ethiopia on human resource development which is the priority of his government, Abiy called on the Embassy to double the number of scholarship and trainings.

Chinese Ambassador to Ethiopia, Tan Jian noted that human resource development is key to development, and investing on people through education is the best investment.

In the past eight months, China has provided 1,324 Ethiopians with short term seminars and training courses; and offered another 220 Ethiopians for long term master and PhD degree programs.

The training and fellowship program contribute a lot to foster and strengthen the bi-lateral and people-to-people relation between the two countries, Jian noted.

Engineer Wondu Tekle, one of the winners of the PhD scholarship at Peking University hopes to get what he wanted to serve his country from the training.

He said that the opportunity will help him to understand the economic development process of the world and serve his country much better than before.

Wondu added that “education is critical aspect of investment up on which we shall place great importance and this will help to realize the visions and ambitions of the country.”

According to the statics from Chinese Ministry of Commerce, some 466 Ethiopians won scholarship to pursue their master and PhD degree and 5,655 for short term trainings in China by the end of 2017.