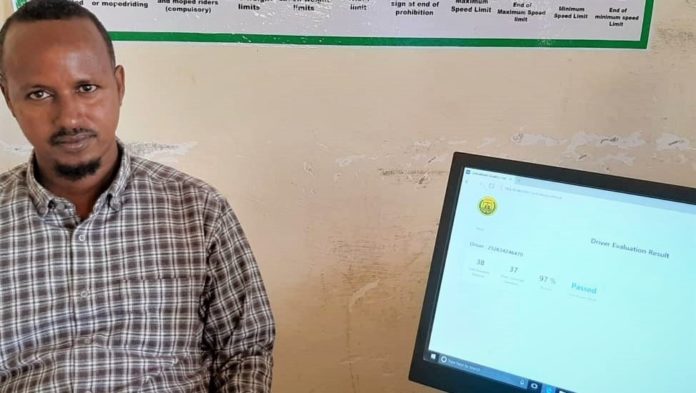 Hargeisa-The Director-General in the Ministry of Public Works, Housing and Land, Mr. Elmi Abdurrahman Ashuur to obtain his driver’s license took the mandatory test set by the Department of Licenses and, documents of the Ministry of Transport and Roads Development. The official according to the picture shown below passed the test (97%).

Therefore, Somaliland’s Ministry of Transport and Development has repeatedly called on the Government officials operating vehicles to observe the law and prove their eligibility. Mr. Elmi Abdurrahman Ashur, in this case has proven fitness to drive his private vehicle and was issued with his driver’s licenses.