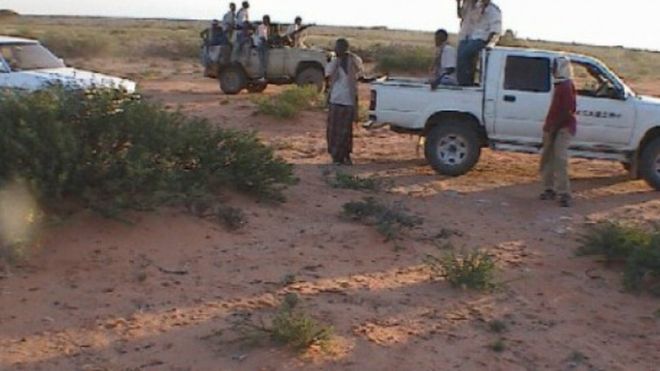 Clashes between rival groups in the outskirts of Galka’ayo of Mudug region on Tuesday.

At least 2 dead and five others were wounded in the fighting between the two militias.

Reports indicate that Galmudug and Puntland rival militias are the clashing groups.

The fierce fighting is reported to be underway at Taar-Roge settlement which is part of Mudug province.

Mediation efforts failed to halt the clashes. The two sides was reported to have skirmished in the area in the past.