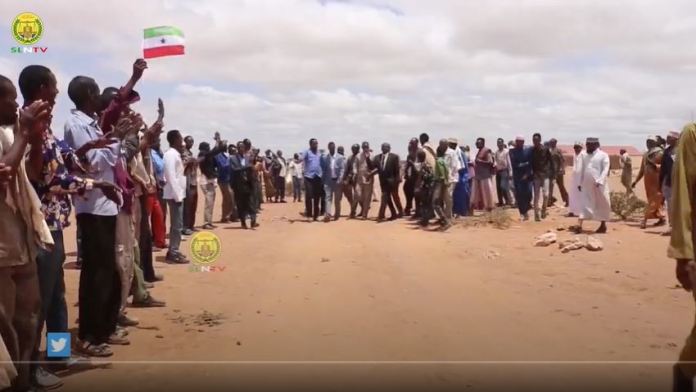 In a function in which the area regional governor Eng Ahmed Egge Mohamed held at Gumburaha, the state announced a stadium to be built at Baligubadle, the sourcing of water through several boreholes to be installed at Baligubadle, Bali Abane and Sayla in the province.

The function was graced by the religion and endowment Minister Sheikh Khalil A. Ahmed, the good governance and anti-corruption Commissioner, Kulmiye youth wing chairman, several traditional leaders, elders and numerous personalities from the gender community.

Several speakers, especially Kulmiye wing leader, noted that they banked on the regional governor to initiate numerous projects in the area.

Other speakers included the manager of the national printing state agency and the education ministry spokesperson. The boreholes are expected to be producing non-salty waters.

Presently, a major road construction to tarmac the Hargeisa-Baligubadle road is at an advance stage hence the officials monitored it.