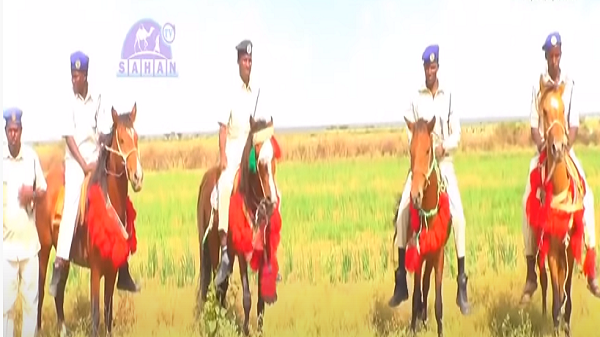 Wajale Deputy District mayor Mohamed Hussein Muhumed thanked the Police Chief for the training of horses, saying it was of great importance to the nation of Somaliland, adding that the police have started training for horses.

The head of the Wajale Farm project officer Mohamed Ali thanked the police chief for his visit, and thanked Police Commander for the tour and cited it is a great encouragement for them.

Brig Gen Mohamed Aden Saqadi praised the force on how it has become self-sufficient in crop production.

They have now well serviced tractors and associated farm machinery procured through sales of their products hence likewise sufficient for consumption.