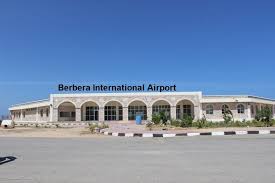 The president of Somaliland has announced that the UAE no longer plans to build a military airport in the semi-autonomous republic. Instead, the partly built project will be turned into a civilian airport.

According to Reuters, President Muse Bihi Abdi announced in a televised speech on Saturday, 14 September: “The controversial airport of the UAE military today became a civilian airport and from next week it will be handed over to a new company to complete.”

This will give Berbera, a city of around 61,000, two airports and a state-of-the-art seaport. Berbera’s existing airport was built by the Soviet Union in the 1970s (pictured), with a 4km runway, one of the longest in Africa. It was rented by Nasa during the 1980s as an emergency landing site for the Space Shuttle.

The UAE began construction of the base in 2017 in the port city. The base was to have been used to patrol the Bab el-Mandeb strait covering the mouth of the Red Sea, between Yemen and Eritrea. Under the terms of the deal, the UAE was to have a presence there for 30 years, Reuters reports.

In return, the UAE was to have trained Somaliland’s armed forces.

Berbera is less than 300 km south of war-torn Yemen, where UAE troops have been fighting the Iran-aligned Houthi group since 2015.

Somaliland is a self-declared republic, unrecognised by any other government, and home to 3.5 million people.