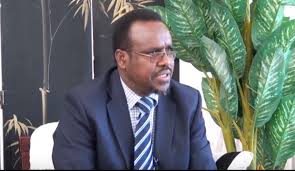 BURAO–Water resources minister of Somaliland. Hon. Sulieman Ali Kore has laid the foundation stone of new well that would supply water to residents of 27 May village in Burao, Togdher. The village did not have access to water supply in the past but once the well is accomplished the residents where mostly are impoverished will have access to safe drinking water as announced by the minister for water resources. Mr. Kore has revealed that it is time for the destitute residents in 27 May village to get access tap water.

The village lies in remote parts of Burao, Togder’s provincial capital. Many residents in major townships in Somaliland are faced with the prospect of lack of drinking water as one of the basic needs of life.