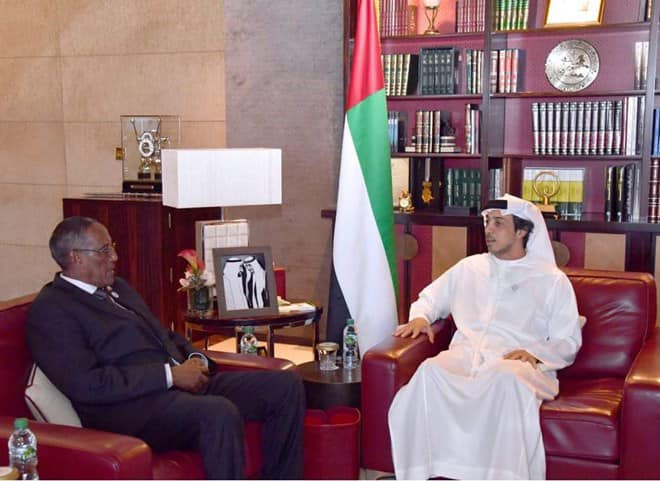 Somaliland has vowed to continue wooing international trade partners despite protestations from Somalia.

The Somaliland envoy to Kenya Mr Omar Bashe said on on Wednesday that being an independent state, Somaliland is not barred from engaging with other countries.

He was reacting to Somalia’s protest to the United Nations Security Council following Somaliland’s President Musa Bihi’s visit to the United Arab Emirates where he signed several trade agreements with the oil rich state.

Somaliland is a northern region of Somalia that declared self- independence from the latter in 1991 following the civil war.

In a statement, Mr Bashe said Somaliland has for the last three decades functioned independently despite lack of international recognition. He said that the country was not bound to seek permission to engage in trade agreements.

Mr Bashe said: “As Somaliland, we wish to express our dissatisfaction at the recent complain made by the government of Somalia at the UN Security Council, about the recent trip by President Muse Bihi to the UAE.

“I want to reiterate here that Somaliland is an independent country with internationally recognised borders and democratically elected government that is well functioning. Somaliland is free to engage with other countries officially without the permission of Somalia as our union was voluntary so as was our exit from the union,” Mr Bashe added.

“We will continue to engage with the International community for the official recognition and Independence of our country,” he added.

“To our neighbours, Somalia, we are willing to create a broad space for peaceful interaction and trade, but we will leave no room for any form of reunification activities”

Somaliland President Bihi this month visited the United Arab Emirates and Ethiopia where he signed agreements to have the oil rich middle east state restore the Berbera Airport.

The United Arab Emirates, who are already expanding the port of Berbera which is key to maritime business in the Suez-canal linking the horn of Africa and the middle east and also serving landlocked Ethiopia, will also set up an electricity plant in the city to power up to 25 megawatts.

Somalia says the engagements are a clear violation of its sovereignty.