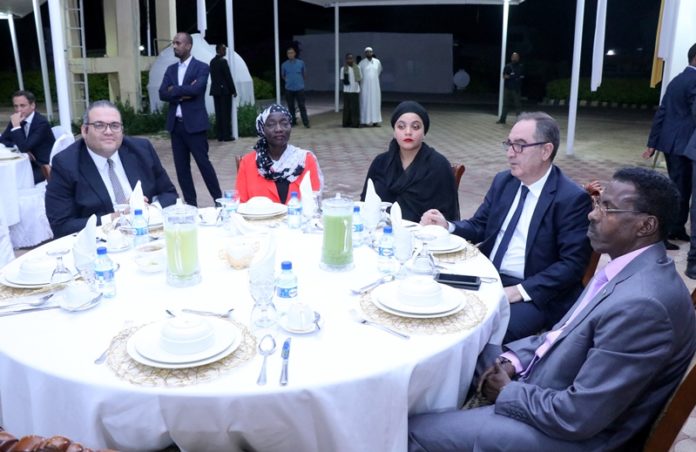 Ms. Auma Obama, the sibling of the youngest and the 44th former US president, Mr. Barack Hussein Obama has become one of the guests at the 12th event of Hargeisa Int’l Book Fair which is held each and every year in Hargeisa, the republic of Somaliland.

Ms. Auma Obama is said to be a journalist by profession and is Kenyan by birth.

This is the first visit that Ms. Auma has come to Hargeisa following an official invitation that the Hargeisa Cultural center has extended to her.

She was among the key note speakers at the kick off ceremony yesterday and delivered a lecture there.

She has reiterated that the only way forward for Africa to overcome poverty and other challenges is to think the African way.

The decisions affecting Africa should be reached by its leaders and not from foreign meddling.

Ms. Auma has said that we have to change the dependency of food aid and the give up the short sighted ideas that others will develop you.

She has said that we should face the reality in regard to the poverty and come up resolutions so that we have to overcome.

She insisted on that we should not bank on others for assistance.

Ms. Auma has added that those coming from overseas are exploiting untapped resources in our continent.

She hoped that Somaliland will soon join the African countries and will be the 55.