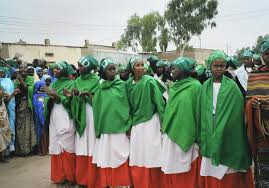 “What is painful is that the world knows that Somaliland is different from Somalia, always has been, always will be, and that it refuses to recognize that difference.”

Somaliland, officially the Republic of Somaliland, is a self-declared state, internationally considered to be an autonomous region of Somalia. The former British protectorate is situated in the Gulf of Aden and borders Ethiopia, Djibouti and Somalia.

Since Somalia collapsed into three decades of civil war marked by corruption, violence, famine and religious extremism, Somaliland has maintained peace, stability and democracy, establishing its own parliament and holding four national elections since 2003.
It is one of a handful of states that has used a state-of-the-art election system featuring iris-recognition technology. The state has its own constitution and national tri-color flag. Somaliland issues its own passports, currency and maintains a strong national army and navy that have successfully curbed piracy in the Gulf of Aden with the support of European Union naval forces.

Undeterred, Somaliland has attracted high-profile foreign investments, most notably from DP World, a United Arab Emirates port operator that invested $400 million in port development and expansion, and from Genel Energy, which is listed on the London exchange and has won concessions to explore for oil beginning next year. It also revolutionized a cashless culture. Somaliland-based telecom start-ups Telesom and Somtel created the most advanced cashless mobile money in Africa by which users transact business, engage in forex exchange, and send and receive money through their phones.

Somcable is a cable company that has connected Somaliland with high-speed Internet through Djibouti with an undersea cable network, in a multi-million dollar investment. These developments show that Somaliland is open for business.

Somaliland boasts a youthful population that is very well-educated, liberal and well-informed. Each year thousands of students graduate from its dozens of universities. It also takes pride in hosting one of the most successful high schools in Africa, Abaarso, which sends its students to Ivy League schools and top universities in the US.

Since its inception in 2013, Abaarso has sent 70 students to universities that include Harvard, MIT, Carnegie Mellon, Yale and Brown. Abaarso, founded by Jonathan Starr, an American hedge-fund manager, has produced bright, educated students who have the potential to become future leaders in Somaliland who will contribute to bettering their communities, increasing socioeconomic development and forging close friendships with their host countries.

Despite Somaliland’s striving for recognition and development, it lacks formal recognition from the international community and is facing difficult cross roads. Meanwhile, Somalia, together with her Arab partners, has waged strong opposition to Somaliland’s independence and sabotaged any development in Somaliland.

Somaliland’s people relate in many ways to Israel, sharing historical, archaeological and traditional similarities. Somaliland tribes such as the Isaaq and Yibir tribes trace their origins to Isaac, a forefather of Jewish people and a prophet among Muslims. It protects historic Jewish buildings and synagogues in Berbera.

Coincidentally, the same way in which Israelis still suffer from undue persecution and hatred from her neighbors, Somalilanders are still being unfairly persecuted, marginalized and punished diplomatically by Somalia and their Arab allies. The Somali government has tirelessly worked to cut humanitarian aid to Somaliland, fortunately, without great success.

Some 73 years ago, six million Jews were brutally murdered by the Nazis. And while not on the same scale, 26 years ago, hundreds of thousands Somalilanders faced genocide at the hand of Somalia’s dictator, Siad Barre, which culminated in his regime’s fall. Somaliland, like Israel, has rebuilt from scratch and re-established its homeland, similar to the Israeli journey of aliyah and resettlement. Every year Somaliland attracts thousands of her citizens scattered around the world who call Somaliland home, who are visiting and giving back to their state.

Somaliland, which lies the southern coastline of the Red Sea at the mouth of the Indian Ocean, offers Israel undisputed leverage in geopolitical strategy there and in the region of the Horn of Africa. The area is hotly contested between world powers, pirates, insurgents, cocaine traffickers and illegal arms traders. Somaliland shares a long border with Ethiopia and has maintained a secure and peaceful coexistence with its neighbors for the 27 years of its independence.

Somalilanders have been protective of their strategic relationship and historical friendship with Ethiopia, often calling them “our Ethiopian brothers.”

This is far different from the actions of Somalia, which through its federal member-state Puntland, carries out cross-border attacks on Somaliland’s eastern regions in order to destabilize and derail peace.

The recent declaration by the newly appointed Ethiopian prime minister calling for political and economic integration of Somalia, Ethiopia and Eritrea into one state has the potential of creating a sour relationship between Somaliland and Ethiopia. The reformist Ethiopian prime minister has bowed down to Somalia’s pressure to refrain from dealing with Somaliland out of a misplaced sense of respect for Somalia’s sovereignty. This has alienated Somaliland’s people and has the possibility of forcing Somaliland to cut ties with Ethiopia.

Any neglect in supporting Somaliland’s role in maintaining peace in the region could trigger costly regional conflicts and create a vacuum for insurgency. These issues have implications for the security of Israel and for its strategic interests in the region.

BECAUSE OF this, it is imperative that the Israeli government make Somaliland an urgent policy priority by advocating for Somaliland to gain a seat at the African Union, which Somaliland supports wholeheartedly, and through its Washington lobby organizations. These groups have significant power by which they can lobby American development funds for Somaliland’s most pressing issues such as education, health, food security and economic development.

There are a lot of spheres in which Israel can cooperate with Somaliland, particularly agriculture. Somaliland has about 300,000 hectares (740,000 acres) of arable land. If properly cultivated, this land could feed millions of people and curb the impending famine in the Horn of Africa.

UNFORTUNATELY, AGRICULTURE in Somaliland is made up of small landholders – subsistence farmers – and the state is a net food importer. Here is a sector in which Israel’s globally recognized, advanced agricultural technology can be utilized. Somaliland’s new government recently initiated a national youth program based on Israel’s “Gadna” experience of recruiting youth for national service in a variety of fields, including agriculture. There is an initiative to establish agricultural communities in Somaliland like those kibbutzim and moshavim which revolutionized Israel’s agriculture and established food security for her people.

If Israel fast-tracks this support, Somaliland’s government – with the blessing of its citizens, as favorably hinted at before – will grant Israel a military base on the Red Sea that can fulfill Israel’s strategic goals of steering geopolitical issues on the Red Sea, the Horn of Africa and beyond. This mutual cooperation and diplomatic relationship would also open a gateway for Israeli trade in the region.
Somaliland has one million people in its diaspora, mainly in North America and Europe, who have a sense of community and cooperation. Somalilanders send some $500 million in remittance each year from abroad that drives the Somaliland economy and creates a sense of community, similar to the Jewish concept of tzedekah. The Somaliland community abroad offers a strong partnership against the rise of antisemitism, radical extremism and populism that is plaguing Europe and North America.
Edna Adan, who served as Somaliland’s foreign minister from 2003 to 2006 and was previously married to Mohamed Haji Ibrahim Egal, Somalia’s first prime minister, sees the stalemate as frustrating and dangerous.

“What is painful is that the world knows that Somaliland is different from Somalia, always has been, always will be, and that it refuses to recognize that difference,” she said in an interview recently in Hargeisa.

Somaliland is a young nation whose people are honest, sincere and willing to achieve peace and promote meaningful development in the region. Our young nation is welcoming everyone to help it realize that goal. Jews understand the feelings of unfulfilled yearnings. And all Israelis understand the glory of independence and the desire for peace Israel has been there and can sympathize with Somaliland. History has now made it possible for Israel to work with her to fulfill both of their common and mutual goals. There is no better time than now to herald a new dawn between Somaliland and Israel.

The writer is a student, socioeconomic analyst and entrepreneur based in Somaliland.