The council of the ministers of Somaliland chaired by the president and attended by the vice president and cabinet ministers made decisions related to Somaliland and Somalia dialogue and the operations of diplomats and international humanitarian and developmental organisations.

In a press statement issued by the spokesperson of the president, said the cabinet made the following decisions:

1. Somaliland is ready for continuing Somaliland and Somalia dialogue, which should be held in a neutral venue with a clear agenda touching future relations, and the international community should serve as mediators. Also, there should be guarantors to avoid any party to breach agreements.

2. Somalia should admit that Somaliland was an independent country that gained independence on 26th June 196o and joined a union with Somalia on 1st July 1960 and that they [Somaliland and Somalia] were two different countries historically and administratively. Therefore, the dialogue between the two parties should start as [one between] two independent governments.

3. Somalia should not be represented in the dialogue by individuals and politicians hailing from Somaliland who are holding positions in Somalia or who are against the statehood and existence of the Republic of Somaliland

5. [international] Organisations should use in their project documents the name, map, emblem and flag of Somaliland. it is prohibited to be implemented in Somaliland projects in which their agreements are not entered with Somaliland. Also, no one can implement projects without permission from relevant government authorities. 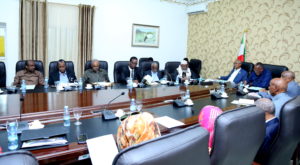 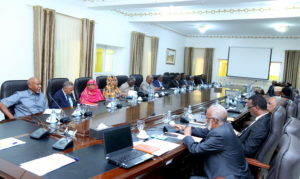