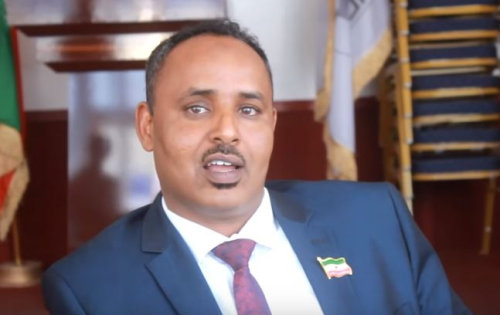 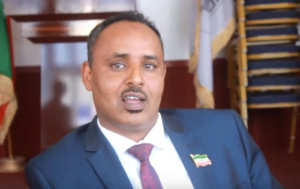 HARGEISA– The government of Somaliland has spoken of its covert plan against the formation of a rebel group in eastern Sanaag headed by renegade Col. Caare, a former commander of SL defense forces.

Somaliland’s Defense minister, Hon. Isse Ahmed Yusuf said that Col. Caare has not been expelled from the national army and seems to be mobilizing militia solders a distric that is 15 km away from Qardho. The minister has blamed the defected Colonel as being an obstacle to peace in El Afwein. Hon. Isse asserted that Somaliland authority initiated talks with the defected Colonel who is now in charge of a rebellion against the government but the talks did nor produce results. The minister has reiterated that if dialogue does not work then the government will take all options on the table including a military action against his rebels. Mr. Isse, the minister in charge of defense said that Col. Caare has gone to Puntland and he further added that Puntland won’t provide support to his rebellion. The minister has announced that Somaliland cannot tolerate his actions of forming an insurgency inside the country as the nation has matured that the barrel of the gun won’t be a resolution to grievances.

The motive of Colonel Caare who renegaded from Somaliland defense forces is still obscure.