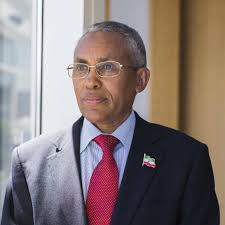 He has set the record straight by reiterating that Somaliland recaptures its lost statehood from Somalia but has dismissed Somalian narrative and said that does not mean Somaliland is seceding from Somalia is a secessionist as some may think. Some political analysts argue that if Somaliland is internationally recognized, that would motivate other Somali Federal member states to seek self determination.

As for the the port of Berbera, the FM, has said that Berbera lies in a strategic position which is important for the tranquility of the region and the the entire world. He stated that the security of both Ethiopia and Djibouti are dependent on Somaliland stability. Dr. Sa’ad has said that if Somaliland’s territorial waters are not safe from piracy and terrorism threats, then the trade between Europe, Asia, and the one between Africa and Europe will come to stand still.