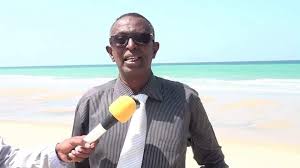 The released Interior secretary of UCID Party has said that he met SL citizen who is languishing in prison and was sentenced to 24 years behind bars for posting a statement on the facebook.

Mr. Mohamoud Ali Suleiman Ramaah has said that it has never happened in Somaliland’s 29 years of existence.

He said that he was taken aback to encounter such an experience in the jail where Somaliland citizen is in jail for freedom of the speech which is enshrined in Somaliland constitution.

He stated that it is his duty to make the case heard by Somaliland populace that such detentions are illegal.

Mr. Ramaah has commended the work the custodial corps are doing and added that they treated him with dignity and respect during his time in jail

He pointed an accusatory finger to the Attorney General and the Criminal Investigation Department and said that his case has been fabricated.

He argued that the office of the Attorney General has accused him of depicting Bihi’s government to that of Abdi Illey.

Mr. Ramaah has narrated that it is something that he cannot conceal.

He thanked opposition officials, SL people across the country and concerned citizens in overseas who strongly spoke against the illegal detention.

He strongly denounced the arbitrary arrest of opposition officials who are not supposed to escape or go into hiding from the law enforcement agencies.

Ramaah has further let the cat out of the bag by blaming that the government of Somaliland has exaggerated his case.

He said that a court did not hear his case and cannot be decided whether he is guilty or being exonerated as far as the extra judicial arrest is concerned.

He has clearly asserted that the high court of Somaliland has seen no evidence to keep him in custody and has regained his freedom.

He called upon the Attorney General and Criminal Investigation Department to refrain from threats against the public and inmates who are languishing in Somaliland prisons for various reasons.

“I strongly condemn such arbitrary detentions. I urge the Attorney General and the Police to stop such arrests. I have over two million worth of assets. I have over five million worth assets in the port city of Berbera. They should have accepted me to stay of out detention due to the bail but what I wanted to do was to point out that my detention was illegal. I avoided the police storm my residence.”

He strongly protested against articles in the constitution which law enforcement agencies use to detain citizens.

Ramaah had spent 20 days under police detention and the House of Reps, Bashe Mohamed Farah has pardoned him.

The government of Somaliland kept Ramaah behind bars and accused him of spreading propaganda against government institutions. 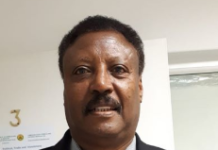 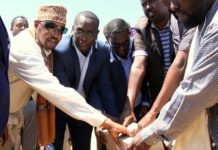 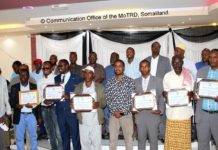