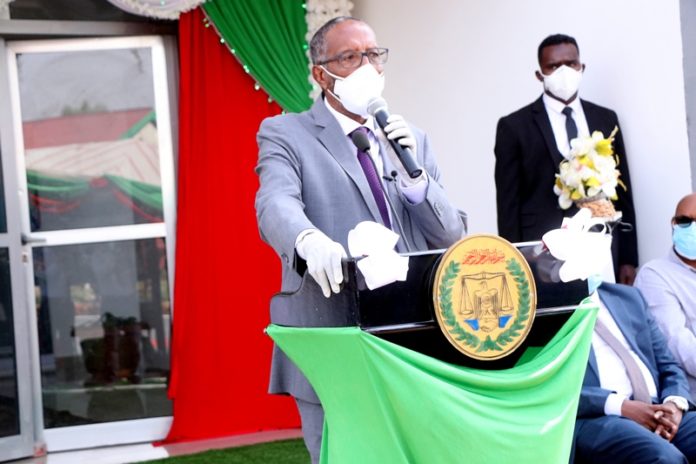 Roads safety and maintaining high standards are one of the indicators of a country’s development. Somaliland president Musa Bihi Abdi has launched new projects at the ministry of roads and transport in Hargeisa on Monday.

The projects will also favor the realization of unfinished roads in the country as well as to accomplish 9000 KM road.

On his remarks, the president said that it is important the government and the public should cooperate for the development of the country and should not wait foreign assistance.

He said: ” The main question is can we build new roads for ourselves or not? The answer is very clear. Yes, We can. We are a society that if it brings all its energy together, it can do something better.”

President Bihi urged the public to invest more in the country’s development instead of spending their wealth on drugs including Khat.

Roads are crucial in connecting people. It also plays a role in contributing in the growth of the country’s economy.