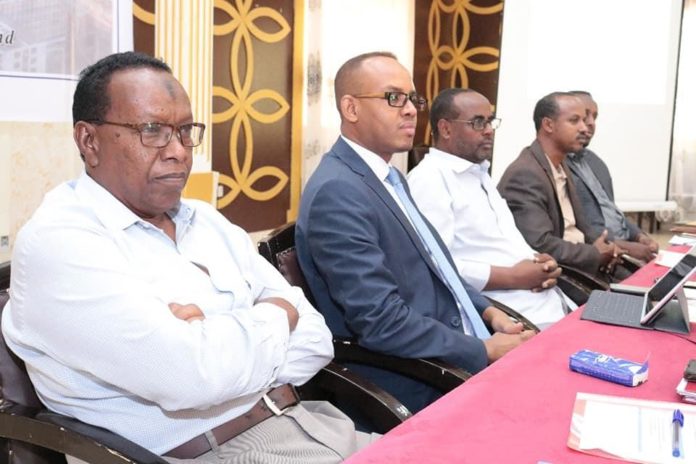 The Ministry of public works & Housing has organized an important workshop/meeting. The drive of the workshop included to discuss the development of economic infrastructure of Somaliland

The Director General (DG) of the Ministry, Mr, Cilmi C/raxmaan Cashuur, has opened the meeting and explained the importance of the workshop, the role of the infrastructure for national economic development. The DG commended and thanked IOM office which has supported and invested the organization of such a valuable workshop. The Director General requested from distinguished participants from the government, the national and international agencies and offices to accumulate their energy to ensure that the objectives of this workshop successfully attained.

On the other hand, the Director General of the Ministry Transport & Roads development, Mr. Cumar Sayid, addressed the participants. The director explained and reported the current progress of the roads including establishing new modern roads and rehabilitating the existing ones. He mentioned a key roads in progress, some are intercountry such as the road between Buaro and Erigavo and that some are cross-country, like the Berbera corridor, a key trade route between Somaliland and Ethiopia.

Finally, the Director General of the Ministry of Planning and Coordination, Mr Abdarashiid Ibraahim, has addressed also the participants and highlighted the importance of such a gatherings. The DG of planning recommended the need for continuation of such valuable meetings.

The other government key offices and agencies attended in this workshop included, the Ministry of Telecommunications and technology, National Aviation Agency, National Ports Authority and UN Habitat.