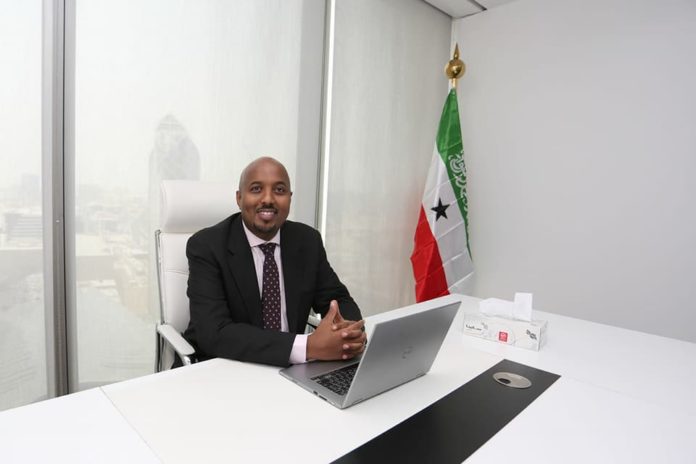 Mr. Bashe has insisted that the former presidential affairs minister who served under president Silanyo’s cabinet will be sued in the court.

The current head of Somaliland liaison office to Nairobi has said that Hersi will be tried in court of justice after he defamed the former leader. Mr. Hersi revealed in his memoir “From Bush to the Presidency” that president Silanyo suffered dementia. Mr. Bashe has vehemently denied that the former first lady, Ms. Amina Weris pulled the strings and ruled behind the curtains. Mr. Hersi, the former presidency minister has stated that Ms. Amina governed the country behind the scenes and was very influential. Mr. Bashe has unequivocally denied that the statement from Hersi was untrue and far from the reality. Somaliland diplomatic representative said that Hersi mad a white lie against former leader which is a smear campaign intended to cast doubts on the capacity of former president. He called on Hersi to bring all evidences or face justice. Mr. Hersi cited his successor as presidency minister, Hon. Mohamud Abdi Hashi that he was a witness in regard to president Silanyo who suffered from memory loss. Mr. Mohamud denied that information that Hersi revealed in his memoir.