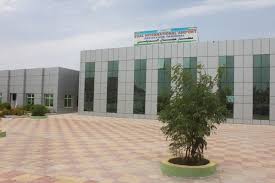 The government on Monday has announced that it has fired 42 workers who were operating at Hargeisa airport.

As airspace row between Somalia and Soamliland worsens, ICAO pays the salaries of the sacked workers according to reports.

The weak SFG installed in Mogadishu has recently announced that it has officially assumed the control of its airspace and the revenues generated from flights from ICAO.

The gov of Somaliland has told the expelled workers that they have to prove that they are not part of those airport staffers whereby Somalia claimed that they are under its authority.

The expelled staffers that have been relieved from their duties range from Air Traffic Controllers, AIS Officers. MET Officers, Fire Fighters , Marshallers to Technicians

Further reports indicate that the workers have already been informed to tender resignations to ICAO since their salaries are paid by the SFG.

The Director General at the Civil Aviation Agency in Somaliland, Mr. Mohamud Ismail Elmi has ordered the staffers to bring letters ascertaining that they have resigned from the jobs offered by ICAO.