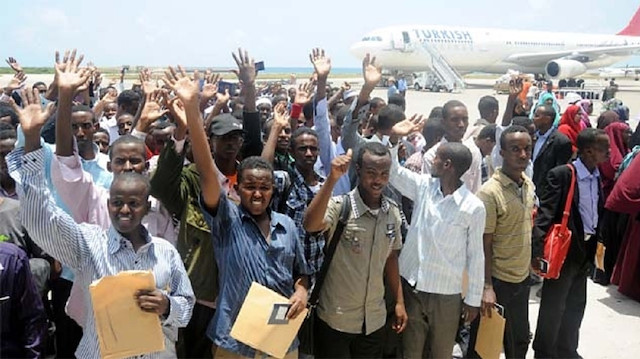 Turkey is becoming a favorite destination for many Somali youth, to pursue higher education in order to realize their dreams.

Muhammed Ahmed, who graduated in medicine from Antalya University located in the Mediterranean resort city of Antalya, had fancied to study in Turkey since childhood.

Speaking to Anadolu Agency, young Somali doctor said his dreams became reality, when he qualified to seek admission at Antalya University in 2013.

Ahmed, who graduated in 2017 is now practicing at a private hospital.

He says Turkey had enticed him with its advancements in education, health and economy.

“Turkey is a shining Muslim country. Normally, when we talk about Muslim countries, first thing that comes to mind is underdevelopment and a weak economy. But Turkey is a contrast,” he said.

He said Turkey also had a well developed pharmaceutical industry.

Further, he said the hospitality of Turks was unmatched and they made Turkey a beautiful country for foreigners.

Highlighting historic ties between Turkey and Somalia, young doctor said his country was under the rule of the Ottoman Empire. He said people still remember the empire with love.

“In my neighborhood in Somalia, people still drink water from a well dug by Ottoman rulers, hundreds years ago. The water in this well is coming from the nearby mountains. This is a marvelous engineering skill,” he said.

After the Ottoman Empire, Somalia became a British colony.