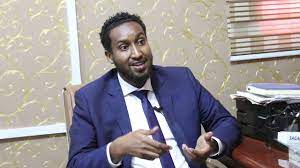 Investment Minister Honorable Mohmed Ahmed Awad today met with the economic and trade committee of House of Reps with a view to articulate the investment policies in Somaliland.

The meeting which took place at the House of Reps. was held behind closed doors but the press was addressed after the meeting.

The chair of the finance and trade committee of the parliament, Obsie, addressed  the media saying the meeting was aimed at briefing the minister on investment issues in the country noting that the minister articulately answered all questions from the lawmakers.

The minister of investment Mr. Mohmed Awad said that the meeting was held with the sub-committee on trade and economics to discuss the current state of investment in the country.

The minister also said that the cabinet in its 51st & 63rd sessions approved the country’s investment policy and investment law and will submit the bill to the House of Reps and will be ratified into law.