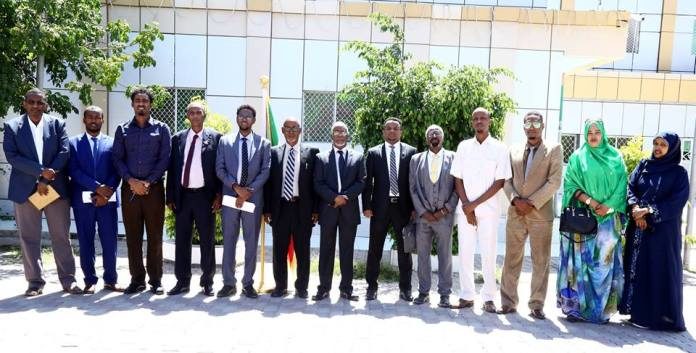 The government of Somaliland has recruited about 954 teachers across the country.

This was disclosed by the chairman of Civil Service Commission Hon. Sharma’arke talking to journalists in a press conference held at the Presidential Palace.

Flanked by the outgoing Minister of Education Hon. Faraton, the chairman stated that they have found out about 954 teachers who have been working without being paid on the desired remuneration. He further went on and affirmed that they have now hired the teachers.

The move ensures the optimal learning as it boosts the academic performance of students in Somaliland.

A beacon of hope appears at the Ministry of Education of Somaliland after hiring 954 teachers. This was confirmed by an education expert in Hargeisa. He also reiterated that hiring qualified teachers would consistently contribute to the progress of Somaliland.