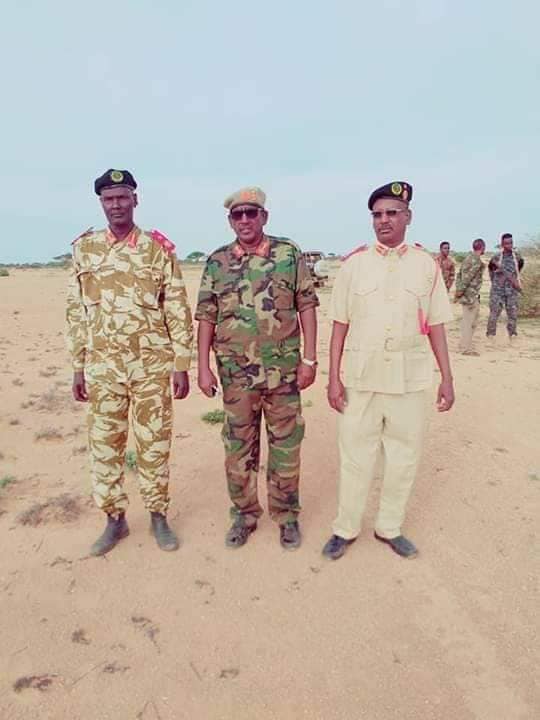 The former governor resigned, after in his words, “refusing an order from a senior member of the administration of President Muse Bihi Abdi, to mount an offensive against Puntland officials lurking in the region”.

Senior officials from the Puntland administration of Somalia, including the speaker of the assembly arrived in Badhan. These officials have begun to set up and ad-hoc administration in the city which is surrounded by a large group of Somaliland Defence Forces.

All the officials and military officers who had either resigned or defected are from the majority community in the area.

However, they have all stated the the reason behind their resignation or defection was based purely on political grounds, i.e, the refusal to mount an offensive against their kin folk from Puntland. A recent confrontation between Somaliland forces and the Puntland militia left six dead and countless other wounded.

The Somaliland Ministry of Justice, Abdirisak Ali Abdi is the senior political figure from the administration in the region, and has been unsuccessful in thwarting the political maneuvers by the Puntland officials.

There has been no comment from the Somaliland government, including the Defence Minister, Abdiqani Mohamud Ateeye, nor the Home Minister, Mohamed Kahin Ahmed or the Somaliland Defence Forces chief, Major-General Nuh Tani.

According to reliable sources, both sides appear to be reinforcing their troops in the area and possibility of a military conflict is very high.

The Puntland administration has made its move at time when the political situation in Sanaag is very intense and the administration of President Muse Bihi has enforced a three month emergency rule in the region.