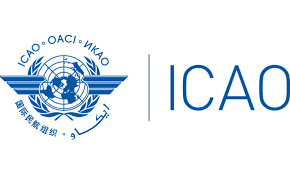 The Civil Aviation Caretaker Authority of Somalia (CACAS) is a civil aviation authority programme created in 1996 by the International Civil Aviation Organization and the United Nations Development Programme, with a mandate in Somalia.

Based in Nairobi, the CACAS served as a caretaker for Somalia’s airspace since the collapse of the central government in the early 1990s following the outbreak of the civil war.

Unfortunately the on December 28, 2017 the International Civil Aviation Organization without consult the concerned Somali parts of the matter and without sufficient study of the consequences arisen the handling the management and operation of Somalia’s airspace control authority to the most corrupted government in the world, which are (Federal Government of Somalia), Transparent International, in 14 consecutive years put Somalia at the bottom as world’s most corrupted country.

The government of Somalia which UN has transferred the airspace control authority doesn’t have the mandate of all Somalia citizens through free and fair elections.

There are credible and undisputed reports issued by UN and other world reliable institutions and intelligences that high lighter how far the intelligences cells of terrorist groups has meddled in all levels and ranks of Somalia Federal Government.

Allowing the corrupted Somali Federal Government officials to manage and have the full authorities to control of Somalia airspace and aviation is putting the whole security of world aviation and airspace control in a very risky and dangerous hands.

1- To revoke the management and responsibility of Somalia airspace control from the corrupted and terrorists friendly Federal Government of Somalia.

2- Establish an other Civil Aviation Caretaker Authority of Somalia based in one of IGAD members such as Djibouti, Ethiopia or Kenya.

3- The Employee of new Civil Aviation Caretaker Authority of Somalia should be recruited outside Somalia because of corruption spread in Somali people.

4- We emphasizes that UN should not transfer the Somalia airspace control until Somali people reach successful reconciliation agreements particularly until the Somaliland and Somalia agree their future relationship.