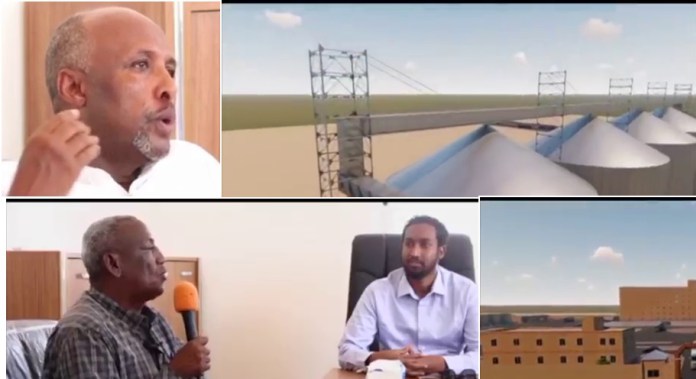 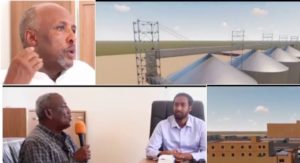 BERBERA–Somaliland has established a new plant, the Flour Mill and Processing Factory in Berbera.

The minister for investment, Hon. Mohamed Ahmed Awad has embarked on an inspection tour to the site of the plant. The Al Harbi firm in conjunction with an business tycoon from Bahrain have joined hands to launch the plant in Somaliland, the first of its kind in the country. The plant is expected to start production in days to come and is due to produce 300 ton of flour on daily day basis. The founder of Al Harbi company, Hon. Ahmed Farah Harbi said that the former Somaliland president H.E Dahir Rayale Kahin has donated a land so that they would build the factory which is nearby to the port of Berbera. Hon. Ahmed said that they will have the resilience to overcome the challenges ahead of them in accomplish their mission. Hon. Ahmed Du’ale Bulale, a member of Somaliland parliament has hailed the establishment of the flour plant in Somaliland. Finally, the investment minister has pledged to inject money into the project so that it will bear fruit. He announced the government will support the accomplishment of plant in a bid to operation and start production.