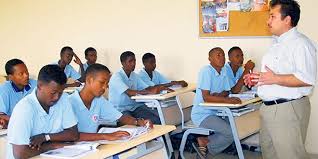 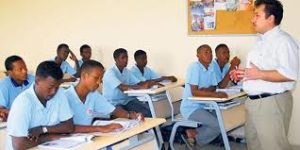 Structure, term times, text books and even the language of teaching have all been changed to bring about a “Somali-owned system”.

Around the world, children are going back to school and happy to be in a familiar setting.

But for Somalia’s students, things have been looking very different as they return after the summer break.

Wholesale changes have been made to the education system in a country ravaged by civil war, where three million children are out of school and 70% of the population are under 30.

In comes a new curriculum, with a system of continuous assessment and information and communication technology added to the core subjects. The school year has been divided into two terms – running from January to May and August to December.

But possibly the biggest change faced by millions of Somali children is the language used to teach them. Until now, schools affected by the conflict and shortages of supplies have used whatever text books they can get – from as many as 10 other countries. This led to English and Arabic being the major teaching languages.

“Now the language of instruction in primary school will be Somali, while Arabic and English will be used in secondary school,” said Abdulkadir, a former Director-General in the federal Ministry of Education. “We believe this will bring some order.”

The man overseeing the education system overhaul is Mohamed Abdulkadir, an advisor to the government’s ministry of education.

“For the last 30 years, the country has been craving for a Somali-owned and Somali-prepared education system – we finally have it,” he said.

“Our aim is to ensure our children access to education as well as opportunities where they can exploit their talents for their benefit and that of the country.”

The country has over three million children out of school, according to UNICEF in June, and one in five are displaced from their homes.

Almost 50,000 children lost the opportunity to go to school due to displacement between November 2016 and August 2017.

A recent study by the humanitarian organisation Mercy Corps showed that children at school in Somalia are much less likely to support armed groups than those missing out on education.

“We found in general that the provision of secondary education by itself reduced the likelihood of young people supporting political violence by roughly 48%,” said senior researcher Beza Tesfaye.