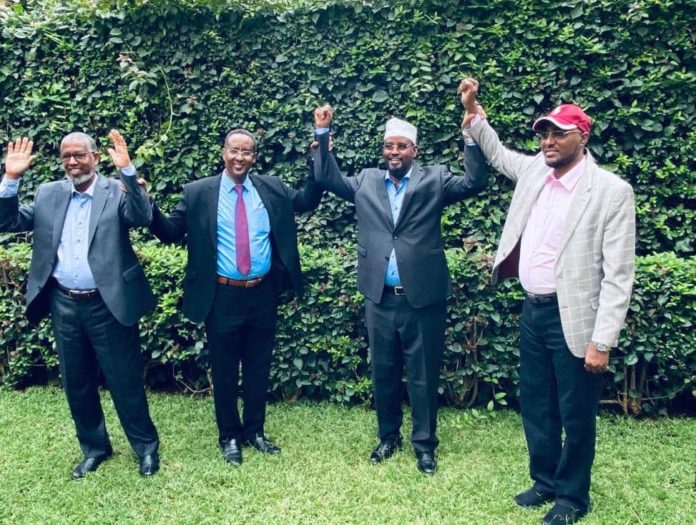 Jubaland State President Ahmed Mohamed Islam and his main political rivals including Abdirashid Mohamed Hiddig and Abdinasir Seeraar have signed historic agreement in Nairobi on Thursday and have buried their protracted political differences.

The president of Jubaland state, Ahmed Islam and his main adversaries had held a week-long meeting in Nairobi and resolved their political row by peaceful means.

They have agreed that Jubaland president is entitled to hold the presidency for two terms as per the constitution in article 70.

This means that Ahmed Madobe is not entitled to run for office for another term unless the constitution is amended.

The two sides have agreed upon to form a power sharing government with Madobe’s rivals and in consideration to clans living in Jubaland.

The parties that have signed the peace agreement have called on SFG to end the protracted political row with Jubaland state.

Jubaland reiterated its readiness to reconcile with SFG in line with the federal constitution and that of Jubaland. 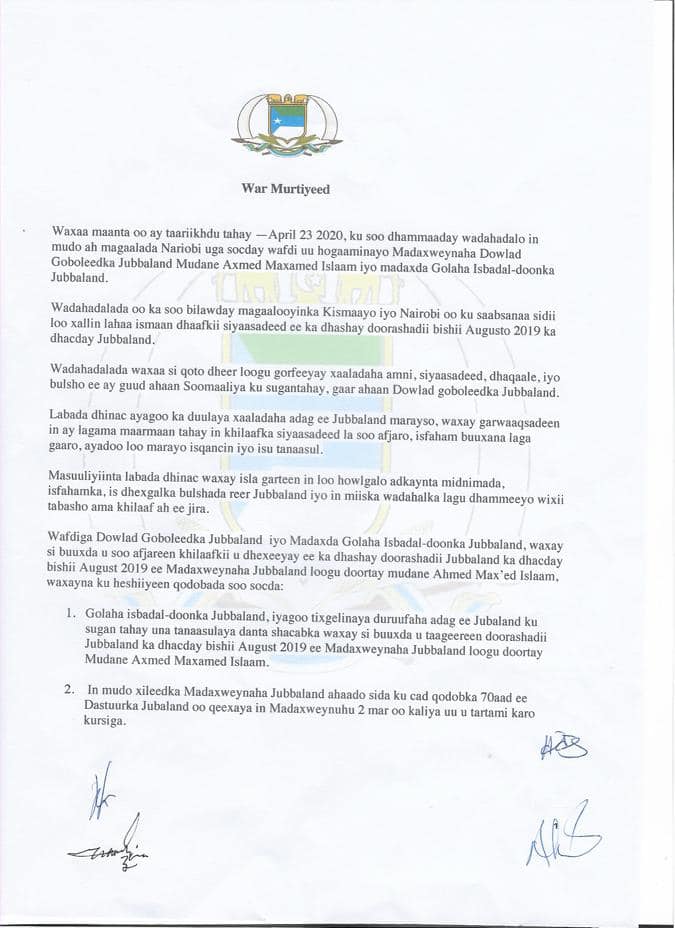