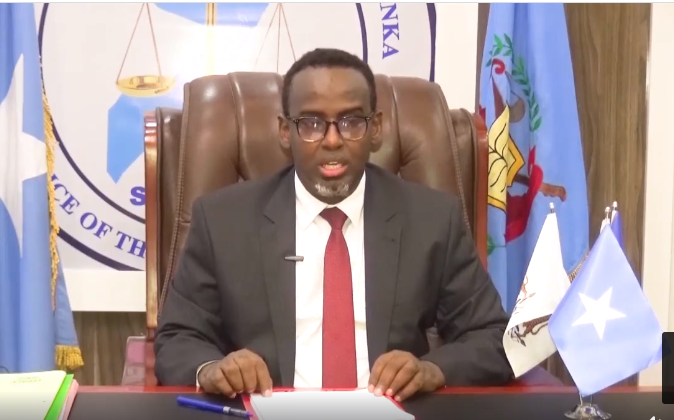 Somalia’s Attorney General has said that it has detained 20 officials implicated of graft allegations. Dr. Suleiman Mohamed Mohamud said that the office of the attorney general conducted the probe in conjunction with the Auditor General. The corruption scandal occurred at the ministry of health of Somalia. Dr. Suleiman further added that the investigation has started other ministries that have been linked with graft allegations. The Attorney General said that the officials arrested on graft charges are departmental directors, Director Generals, heads of projects and programs that the health ministry is conducting, advisers, heads of private firms but is in close working cooperation with the ministry of health, traders and other government employees working for other institutions. The office of the Attorney General says that it has enough evidences of the widespread corruption at the health ministry of Somalia’s Federal gov’t. He said that the Attorney General managed to get receipts, vouchers and other agreements designed to corrupt funds. Dr. Suleiman said that probe and suspension of accounts were done on the officials implicated of the graft allegations. He added that they have conducted probes on accounts belonging to private firms that have links with the officials accused of committing the corruption. He revealed that they have taken the right procedures allowing the apprehension of officials accused of graft allegations. He said that they are about to conclude the corruption and have referred the courts pertaining to the officials accused of the graft.