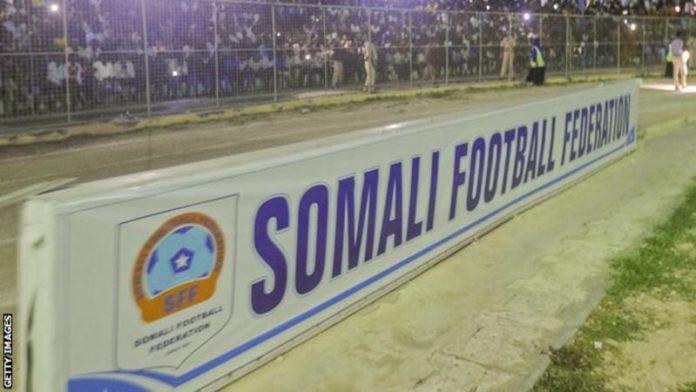 Somali clubs return to African competition for the first time in 29 years this weekend as they play in first round, first leg matches.

Dekedaha take on Egypt’s Zamalek in the Champions League while Mogadishu City Club compete in the Confederation Cup against Zanzibar’s Malindi.

Both clubs were drawn home in the first leg but because Somalia’s security situation still remains tenuous, they cannot play in the country.

In order to cut costs, both have opted to play both matches away at their opponents’ home.

But there is nevertheless an air of excitement across Somalia as their clubs take a step up after decades of just competing in regional CECAFA competitions.

“People are really excited about moving up to take this stage to participate,” Somali Football Association president Abdiqani Said Arab told the BBC.

“We are being encouraged to continue even if our teams lose. The most important thing is to participate,”

Dekedaha’s first leg against Zamalek is being played at Cairo’s Petro Sport Stadium on 16 August and the club will then stay in Egypt for the return match at the same venue a week later.

Mogadishu City Club meet Malindi in Zanzibar on Sunday 11 August and will then stay for the second leg on the weekend of August 23-25.

Said Arab and his executive made the decision earlier this year to enter the competitions after consulting with clubs.

“There has been a lot of encouragement for the clubs and appreciation of the football association’s decision,” he added.

“It’s good for the clubs to gain the experience and to test to measure their standard of football.

“The main things is to take the step to participate against the top clubs in Africa.”

The next step would be to host games at home and the FA boss hopes that might come as soon as next year.

After decades of civil strife, he points to Mogadishu beginning to return to normal.

“There are several major airlines now flying into the city,” he cites as an example.

“There is also rehabilitation of the national stadium that the government is undertaking and we hope to have a home match there soon.”

The last Somali club to participate in the old style Champions Cup was MBC, eliminated at the first hurdle in 1990 by St Louis from the Seychelles.