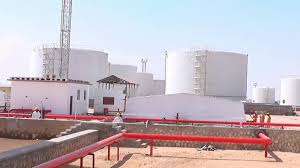 According to our reliable sources have confirmed that the current Bihi administration is trying to pass the responsibility of managing Berbera fuel storage facility to Singaporean registered firm by the name of TRAFIGURA which is French based firm.

The government of Somaliland under the leadership of president Bihi has not so far officially talked about the plans which it intends to hand over the responsibility but the manager who is in charge of the Berbera Terminal has issued an order which the traders have negatively reacted to the directive.

Mr Hassan Embassy, the current Berbera Terminal Manager has informed the fuel traders that the gov has decided to halt the importation of fuel which has high percentage of sulfur.

The mission behind the ban is to scale down the health threat that fuel with high sulfur may have on the environment in the first place and secondly, the human impact could be harmful.

Somaliland is reportedly alleged of importing diesel fuel with high content of sulfur and this could lead to health related problems unless the gov acts and do something about it.

The minister of trade of Somaliland recently issued a circular informing fuel importing firms not to bring fuel with sulfur content that is beyond the 500 ppm (parts per million).

The directive issued by the manager of Berbera Oil Terminal is compliance with the order from the minister.

Mr. Embassy has convened with fuel importing traders and there was no agreement reached over the issue.

This has prompted him to completely put a ban on fuel imports that have exceeded the limit of sulfur of 500 ppm.