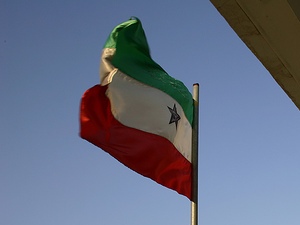 The senior Russian delegation was greeted at Egal airport by SL representative to Djibouti, Abdifatah Saed.

The delegation which is of a fact finding mission will explore invesment chances and ways to forge closer relations with Somaliland.

The delegation will travel to number of locations where they will examine investment-related opportunities in a bid to strengthen bilateral economic and commercial relations in the region.

They will meets with President Musa Bihi Abdi of Somaliland.

Berbera’s 12-metre deep-water facility was constructed in 1964 by Russian engineers at a cost of $5.6 million. They have also constructed the longest run way in the region in the 70s.

The reports added that the Russians want to invest in oil exploration and other infrastructures.