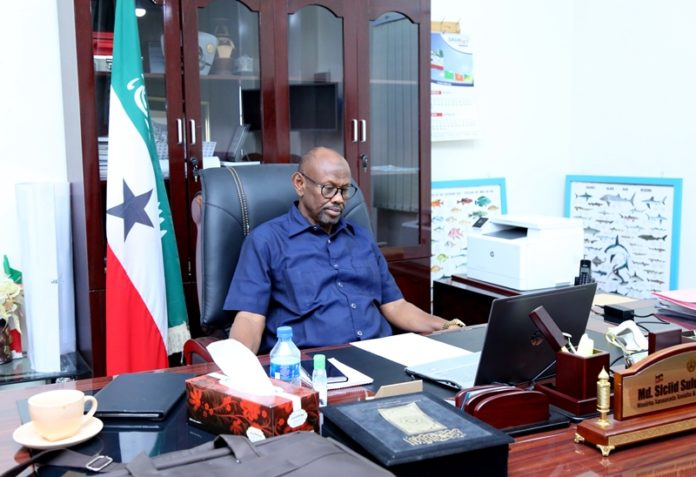 Musa Bihi Abdi was an active member of Somali National Movement (SNM) which later after years of guerrilla struggle led to the toppling of Somalia’s Central Government led by the former deceased dictator Said Bare in 1991.

In 2017, he was democratically elected as the fifth president of the republic of Somaliland.

His speeches often reflect the long history of Somaliland’s struggle to recapturing its independence.

A former chairperson of ASAD political association. He is the incumbent speaker of Somaliland’s Upper house of parliament. People will remember him to his strong objections on the proposed visit of Somalia’s president to the capital Hargeisa.

Somaliland’s statehood is his sole agenda.

He hails from the eastern parts of Somaliland. He is the former education minister and is currently in charge of the foreign ministry. He has strong ambitions about Somaliland’s cause.

He was part and parcel of the previous talks between Somaliland and Somalia as he was serving as the foreign minister. He is committed to make Somaliland’s case heard by the int’l community. He is currently serving as the finance minister.

He was a cabinet minister during Riyale’s administration. He is the former member of Wadani party. He is a die hard separatist. He is serving as livestock minister.

He is unpopular politician. He is currently responsible for trade, tourism and industry ministry. It is clear on his stance and the role that he is about to play during the consultative meeting between Somaliland and Somalia.

A former SL Foreign minister during Silanyo’s administration. He is a man who is well informed and has the experience on the negotiation skills as he played a lion’s share in the previous talks.

His experience of international relations will boost president Bihi’s delegation.

She is a die hard support of Somaliland as a separatist.

She is the former first lady to the late Somali PM and the second president of Somaliland, Mohamed Haji Ibrahim Egal.

She served as the FM during Riyale’s administration. She is the special envoy of Somaliland to the talks.

She is the daughter of a prominent Somali medical doctor. Adan Aden Ismail was the only female cabinet minister in SL government until she was replaced as FM by the former minister of information, Abdilahi Mohamed Du’ale.

She is a great supporter to Somaliland’s thriving democracy.