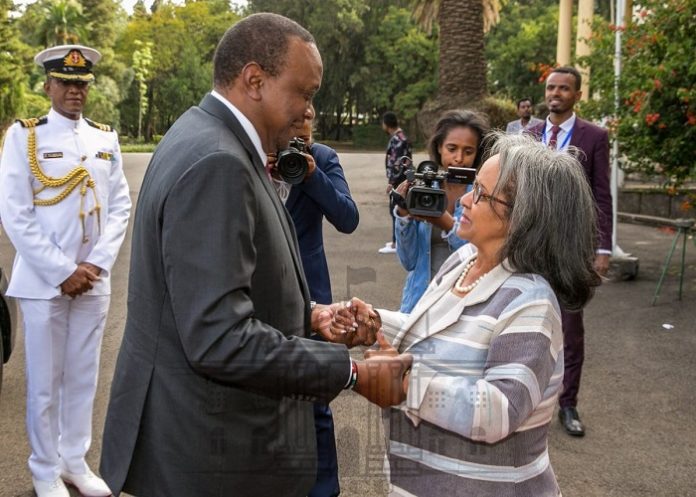 Their discussion focused on bolstering the historical bilateral ties between Kenya and Ethiopia.

President Zewde, who is in the country on a one-day official visit, was received by President Kenyatta and First Lady Margaret Kenyatta at State House Nairobi shortly after 1pm this afternoon.

She was accompanied by Ethiopian Ambassador to Kenya Meles Alem Tekea.

After signing the visitor’s book, President Zewde proceeded into a meeting with her host President Kenyatta where they discussed a wide range of matters of mutual interest to the two nations key among them being the ongoing engagements aimed at deepening diplomatic and bilateral ties between the neighbouring countries.

Kenya and Ethiopia enjoy an elevated relationship with a Bi-National Commission, which is the highest level of structured bilateral cooperation.

After the meeting, President Kenyatta and First Lady Margaret Kenyatta hosted a luncheon in honour of the visiting Ethiopian leader.