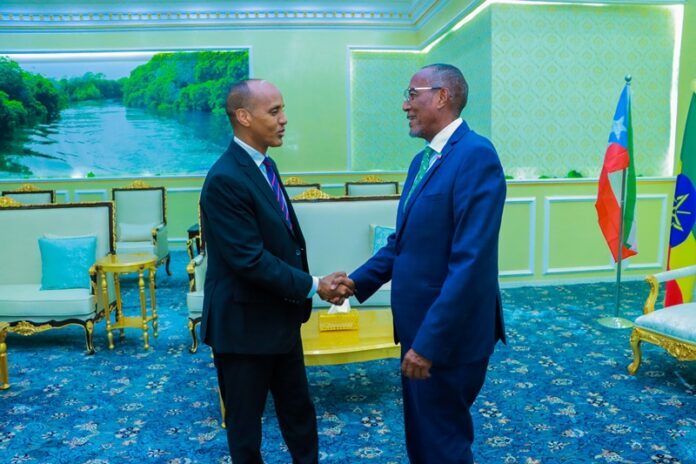 The Somali state leader is currently paying an official working visit to Somaliland while leading a high-level delegation.

Most of the discussions were on enhanced cooperation in the areas of security, trade and the peace in the Horn of Africa region.

SL Information minister, Mr. Sulieman Ali Kore, who spoke to the press after the meeting between the leaders of SL and his Somali state counterpart in Ethiopia, said that a common understanding was reached on the issues that the two leaders have discussed.

At the meeting, the public works minister of Somali state in Ethiopia, Mr. Abdirahman Iid Dahir, said that the major cooperation between the two sides are the trade and security.