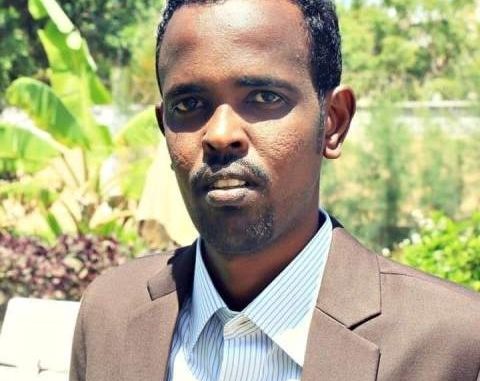 The National Union of Somali Journalists (NUSOJ) condemns the arrest and continued detention of journalist Abdiasis Ahmed Gurbiye, who is the Deputy Director of Goobjoog Media Group.

According to fellow journalists, Gurbiye has been arrested today, 14 April 2020, after receiving a call from a police officer who wanted the journalist to go to Hodan district police station for an interrogation. After arriving the police station, the journalist was informed that he is under arrest and was thrown to the detention cell.

NUSOJ was able to speak to the Attorney General’s Office (AGO) which corroborated that they instigated and lodged a criminal complaint against Gurbiye, and in this morning AGO obtained from Benadir Regional Court a warrant of arrest for the journalist to be investigated over accusations of “defamation” and “false” information on his Facebook account. Prosecutors at the AGO are accusing the journalist under Somalia’s Penal Code.

“We are very concerned by the arrest of journalist Abdiasis Ahmed Gurbiye. Detaining and prosecuting a journalist or a dissident for exercising his right to free expression under the old and outdated criminal law is very deplorable act. Criminalisation of freedom of expression is totally unacceptable, remains incompatible with the constitution of Somalia and needs to stop it forward with.” said Omar Faruk Osman, NUSOJ Secretary General.

“Several sections of the Penal Code criminalise legitimate forms of expression and are in urgent need of reform. This is the very reason that we are totally against the media bill to be signed into law as it will further legalise the criminal prosecution of journalists” added Osman.

Given the criminal nature of this case and the fact that archaic legal provisions used are incompatible with the constitution of Somalia, NUSOJ urges the Attorney General’s Office to drop the criminal; case against Abdiasis Ahmed Gurbiye and appeals to the regional court to order his immediate and unconditional release.

“Such incidents that concern journalists and free expression can only be civilian cases in line with the constitution of the country” asserted Osman.

The union strongly believes that defamation is not a criminal case but civil matter, and the draconian and archaic laws which criminalise defamation and dissenting views need to be amended swiftly if Somalia is to meaningfully protect the right to freedom of expression.