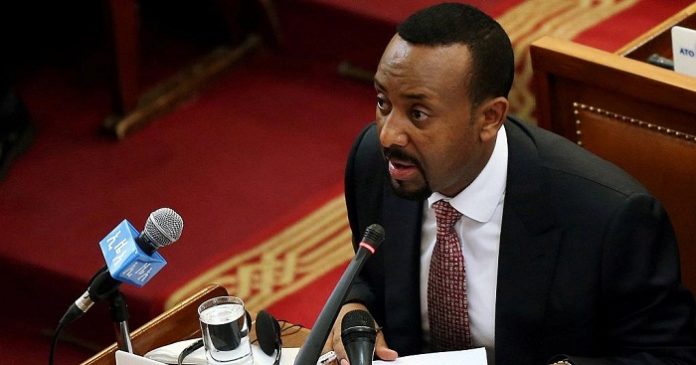 The government of Abiye Ahmed has taken admirable steps to reform Ethiopia’s political life. It needs to do more in the months ahead, and in a more coherent manner.

In the wake of Ethiopia’s April 2018 political transition, and the jubilation surrounding Abiye Ahmed’s appointment as prime minister, the country appears to many to more stable, peaceful and unified.

But whilst the outside world perceives a pathway to sustainable peace and stability brought about by the new leader and his democratic agenda, the country’s security challenges will get more acute before getting better.

Three key areas of concern will test Ethiopia’s federal government’s post-transition commitment to the population to uphold justice and the rule of law and protect the provisions embedded in the country’s constitution. These assurances have meant that the new administration has felt obliged to acknowledge and respond to crimes and human rights abuses committed by the former regime. In consequence, though not by design, they have unleashed a wave of irredentism in some of Ethiopia’s hugely diverse nations and nationalities. The government has also committed to the reform, depoliticisation and professionalisation of security and justice institutions. The way in which Abiye’s government addresses these three issues will not only impact on current hearts and minds in the country but also the future shape and vision of the ruling Ethiopian People’s Revolutionary Democratic Front (EPRDF) coalition.

The past 12 months in Ethiopia have witnessed the rise of different forms of nationalism. Beyond ethnic nationalism, clear signs of identity nationalism and civic nationalism have also come the fore. The prime minister’s efforts to widen political space have also featured in the welcomed return of diaspora leaders and the emergence from the political shadows of their local followers. Although much of the dialogue and demonstrations supporting this widened political space have been peaceful, new alignments have emerged among different groups as well as outbreaks of violence led by armed elements. Groups like the Qeerroo youth group in Oromia, whose efforts across the region to support political change were applauded in April 2018 by the new leadership, appear now to have expectations for a more formal recognition and higher representation across society. These groups, together with their diaspora and domestic-based leaders, must therefore make as much of a contribution to the reform agenda and the commitment to peace and stability as they have made to their democratisation campaigns.

Identity nationalism is also unfolding in Ethiopia in a way that it was prevented from doing in the past. Within the framework of a constitution which allows groups and regions to become independent or gain special recognition enabling self-rule and self-administration, the country’s new democratic vision removes the bar on efforts to pursue secessionist agendas, moves which in the past were perceived as dissent and dealt with harshly. The outcome of the recent referendum for independence of the Sidama region in the country’s Southern Nations, Nationalities and Peoples’ Regional State (SNNPRS) serves as one example. Whilst the Sidama people remain committed to their Ethiopian nationality, their separation as a new political entity will pose challenges for the SNNPRS’s regional capital of Hawassa which, whilst host to many Sidama people, also includes many others from the region’s diverse and high number of ethnic groups. Other sub-regions within the SNNPRS, such as Wolayta and Bench Maji, have also made noises about their own quest for independence.

Another concerning bid for secession involves the Raya community which straddles the Tigray and Amharan Regional States. The Rayans’ claim is based on the perceived uniqueness of their Rayingna language and their close ethnic ties and affinities with groups from Amhara, Oromia, Agew, Afar and Tigray. The community’s perceived marginalisation is based on a lack of representation in local government and parliament, an education system which does not include its language and a lack of access to economic opportunities connected with its fertile and agriculturally productive land.  To some extent, the concerns are similar to those of the Wolkait community which also sits in Tigray on the Amaharan border and claims historic ties to Amhara.

As regional and community-based groups rise up in a quest to exercise their constitutional rights, Abiye’s federal government will need to tread carefully in terms of setting a precedent which cannot be applied consistently in all regional states. Moreover, Abiye must take care not to apply too much federal interference, a source of some internal criticism, in the affairs of regional states, the independence and authority of which is also set out in the constitution.

Efforts to reform security institutions whose leadership ranks were dominated by the previous regime will also not be without challenges. With decisions to create pan-national representation across the senior ranks of the police and armed forces, and with the restricted opportunities this leaves for all ethnically-bloated elements of the system, many mid- to senior-level Tigrayans forced to demobilise and reintegrate into civilian livelihoods will require careful management. A Tigray home to a number of redundant, perhaps disgruntled – yet experienced – security officials carries a longer-term security risk for the federal government. This is especially sensitive now that Tigray is the new access route to political and economic opportunities with Eritrea and the Middle East.

One of Abiye’s greatest challenges is, therefore, to address these pressing and actual security problems while also tackling the challenge of long-term reform. As well as addressing past injustices, managing the different forms of nationalism that are inevitable in the wake of a democratic transition, and limiting any negative unintended consequences of security reform programmes, it is important that the government’s reform agenda aligns with the key areas promised in the packed Millennium Hall in Addis Ababa back in April 2018. These commitments have been the basis of popular support to date. Progress and, most importantly, a clear ‘road map’ will be required in the lead-up to the 2020 general elections. Troublingly, neither a reform ‘road map’ nor a distinct timeframe for the upcoming elections have been promulgated.

The prime minister’s efforts to unite the country will continue to be challenged by the existing tensions between the federal government and the Tigray People’s Liberation Front. The former dominant party had an opportunity to regroup, rebrand and declare a reform agenda at its September 2018 party congress. Instead, it made little change to its politbureau, exposed no intention to reform and appointed the former National Intelligence head – for whom an arrest warrant was issued last month – as its regional security adviser. Irrespective of this tension, and the break-away sentiments of some of Tigray’s communities, the need for economic, social and political support and cooperation within the region has never been so high. A more engaged and regionally-empowered approach to supporting Tigray could help prepare the federal government to better manage different regional–federal rumblings that will continue to emerge.

Although Ethiopia’s longer-term future appears to be on the right path, the government’s capacity in the short term to uphold a pan-national rule of law, and manage the different and rising forms of nationalism, will impact on the new political settlement. The world must remain engaged and support Africa’s development jewel during this quintessentially challenging period.